Want more Aliens? Like Legion? Boy is there a show on its way for you...

The first season of FX series Legion was utterly amazing. I'll debate you on the finer points of good/bad/indifferent on the later seasons, but that first season? Amazing. A master class in how to use the X-Men world without making anyone think you were doing a "superhero show".

That shows vibe was all thanks to Noah Hawley, who has also helmed the amazing Fargo TV series. And now Vanity Fair has the news that he's about to helm a new Alien TV series for FX and the hints we have so far already sound amazing.

Even starting with a very clear: "It's not a Ripley story."

Hawley says the show will be set on Earth, instantly raising the stakes beyond the closed quarters of off-world prisons and colonies and making it about critical containment here at home. But it's the cerebral stuff that really gets me excited.

"On some level it’s also a story about inequality. You know, one of the things that I love about the first movie is how ’70s a movie it is, and how it’s really this blue collar space-trucker world in which Yaphet Kotto and Harry Dean Stanton are basically Waiting for Godot. They’re like Samuel Beckett characters, ordered to go to a place by a faceless nameless corporation. The second movie is such an ’80s movie, but it’s still about grunts. Paul Reiser is middle management at best. So, it is the story of the people you send to do the dirty work."

He really gets a big part of what made the first films great. Yes, please. Take us back there.

I also adore the fact Hawley writes novels when he's not helming TV shows. The right story for the right format.

Check out the full story over at Vanity Fair. There is a suggestion in there that this isn't news to those in Hollywood, but it was news to me – so I get the feeling it's news to a lot of other folks out there too.

Or just hold your breathe like you're clawing your way back in from an airlock to see this show... sometime... no date yet, so remember to breathe while you're holding it. 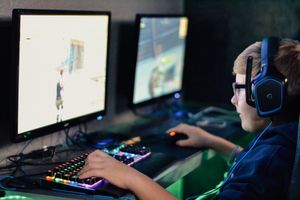 
27+ truly great tips on gaming for teenagers, by teenagers


Hearthstone heads East for the United in Stormwind expansion 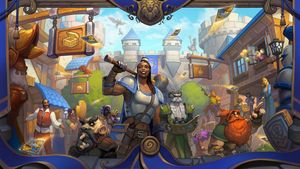