Not the Blue badge you were looking for: Twitter has officially launched its subscription service today, but only for those of us here in Australia and in Canada. Twitter Blue is available through the iOS version of the app for $4.49/month, but right now you’re not getting all that much for your money – which might be part of why it’s only launching in two countries to start with. You’ll get the ability to ‘undo’ a tweet, which is essentially a delayed send to give you a moment to reconsider your tweet or check for typos. You also get new bookmarking features and a special reader mode for reading things like long threads. Maybe one day it will have some features worth paying for, but right now it’s distinctly underwhelming.

If COVIDSafe fails in a forest: In an update on the efficacy of the federal government’s COVIDSafe app, the Digital Transformation Agency has clarified some recent numbers given to Senate Estimates last week that were inaccurate and now confirm that the much promoted ‘sunscreen’ for Australia has identified zero new contacts or exposures in 2021. The app has in total helped to find 17 close contacts in total, with a further 544 identified by manual contact tracers in NSW after the app confirmed someone had been a particular location. The app costs $70,000 per month to run with the cost reducing to $60,000 per month from July.

One set of rules to rule them all: The Verge is reporting that Facebook is going to end its policy that protects politicians from being held to the same content moderation rules as others. Historically, Mark Zuckerberg himself has said that Facebook should not police speech by politicians, but the social network has also had increasing requests from those in power to silence dissenting voices, creating a power imbalance when the site chooses to adhere to legal requests on one hand and protect misinformation of politicians on the other. The changes may be part of the response to the Facebook Oversight Board that is due on June 5, which demanded Facebook hold all users to the same rules and be more transparent about its decision making processes.

A digital ID that might be helpful: The EU has announced it will make a unified digital identity service for citizens to prove identity and share documents across the region. The digital wallet will allow Europeans to link ID and personal information like drivers licenses, medical details and bank accounts into a system that can easily be shared and verified in whichever member state they need to work with or live in. Businesses will eventually be required to support the digital identity system across Europe. The first draft framework will be proposed by September 2022.

Get the Hot Sauce of Oblivion in our giveaway: In special Byteside news, we have a delicious giveaway running over on the website right now to celebrate the launch of The Elder Scrolls Online Blackwood expansion next week. Bethesda ANZ teamed up with Melbourne Hot Sauce to create the official ‘Hot Sauce of Oblivion’. To enter just head to this link and go to the competition page where confirming your subscription to the newsletter will get you in the draw.

Adventurers at the ready: In other videogames, Hearthstone has a new Wailing Caverns mini-set that released today, with 35 new cards that can be purchased as a full set rather than through random packs. It costs $19.95 or 2000 gold and it’ll undoubtedly shake up the status quo…

Esports this weekend: Which leads to esports, with the Hearthstone Grandmasters Season 1 for the year having its finals this weekend across all regions. The players had to submit their deck lists before the new Wailing Caverns cards were playable, so there will be some very untested decks in play for the finals which will make it an interesting one to watch. In local esports, the finals of the Stage 2 Valorant Oceanic Tour take place with Order battling Wildcard fora place in the Grand Final ahead of the lower bracket playoffs to see who will face that winner on Sunday afternoon.

See you Tuesday: We’ll be taking a small break on Monday to make room for some planning and development around here, so expect your next bulletin on Tuesday.

What a failed blog tells us about the power of Twitter.

More moderation is not always better

Simply erasing things from the internet comes at a cost. It might not be worth it.

1990: Happy birthday to Evan Spiegel, who continues to kick butt running Snap and is married to Australia’s own Miranda Kerr.

Who said… “Strange things are afoot at the Circle K.” 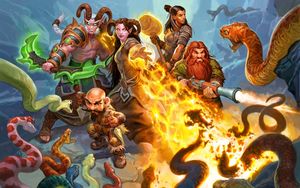 
One set of rules to rule them all