An extra 35 cards you can buy in one job lot is now live in the game, with some clever new basics and beefy legendaries to mix things up.

Hearthstone fans, or even the casuals, should note that the new Wailing Caverns mini-set released today, with 35 new cards that can be purchased as a full set rather than through random packs.

It's especially kind on the casuals, with the direct 'get everything' purchase style here making it easy to score a bunch of legendaries and some nicely synergised cards that will help build some quality decks. And for the regulars there's some cards in here sure to shake up the meta.

There's a list of 2 cost 2/2 Adventurers covering all the classic bonus effects – Taunt, Divine Shield, Spell Damage, Lifesteal, Windfury, Poisonous, Stealth and Rush – plus three new cards for every class. This includes new legendaries like Lady Anacondra, who gives Druids cheaper Nature spells, and Kresh, Lord of Turtling for Warriors for an 8 armor Frenzy plus a 2/5 Turtle Spike weapon on Deathrattle. Plus one of the funnest ways to delete a minion ever – Mutanus the Devourer who will eat a minion straight out of your opponent's hand! 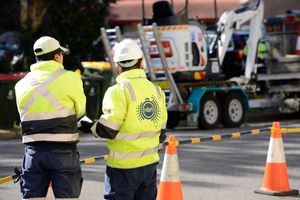 
NBN has a plan to end CVC charge – pay it more money elsewhere!