“No cops, please, it’s COVID”: This week, the Western Australian government has introduced legislation to limit the use of COVID check-in app data after the WA Police Force accessed the information in two investigations of serious crimes, which is allowed under the existing rules. To ensure users feel confidence in always using the check-in system, the new rules definitively limit the use of this data to the explicit purpose of contact tracing. WA Premier Mark McGowan told parliament that the new law was only being introduced after the Police Commissioner refused to adhere to a request to no longer access the register.

Victoria can book online: In other COVID news, Victoria has now launched its online vaccination booking platform. Until now a hotline phone service was the only way to book appointments, with the online system delayed since the start of the year. Users can now go online via coronavirus.vic.gov.au to check their eligibility and book their appointments.

Nadella levels up: Ahead of exciting new Windows 11 news next week, Microsoft has named CEO Satya Nadella as the new Chair of the Board of Directors. The current chairman, John Thompson, has been in the role since Bill Gates stepped down from the position in 2014 at the same time Nadella became CEO. Thompson will remain a member of the board. Meanwhile, leaks seem to indicate the launch of Windows 11 might not be too far behind the big announcements set to be made next week, with fully functional versions of the next generation OS appearing online as part of the leak.

Spotify gets live chat going: Spotify has launched its new live audio chatroom service, Spotify Greenroom, a rebranding of a tool created by Betty Labs called Locker Room. You can log into the service using your Spotify login and find chatrooms related to topics of interest or launch your own chatrooms. The tool will also allow users to record rooms they create to turn them into podcasts. It’s yet another reason why Clubhouse is facing greater and greater competition while the overall shine on these audio chatrooms is starting to fade and, as I’ve said since early on, it really seems more like a feature than a platform. I expect at some point Greenroom will integrate directly into the core Spotify app rather than live out on a limb the way it currently does.

The deepest engagement of all: Internet advertising machine Facebook is ready to turn the serenity and solitude of virtual reality into a new space to thrust floating advertising units into your enraptured eyeballs, with news it is starting to test advertising inside Oculus headsets. Naturally, the company says it is a “small” test and is all about unlocking new business models for the platform and for the game developers who produce VR experiences. I’m sure the advertising units won’t be too awful… at the start… Facebook also says it won’t use information from within your VR experience to target ads toward you. Again… that’s a “during this test” statement, not a “never” statement.

Amazon blames social media: Amidst media investigations into businesses gaming the Amazon user review system to earn high ranking in search results, Amazon has stated in a blogpost that the greatest blame should lie with social media platforms. It might sound like a cop out, and no doubt there’s more Amazon could be doing on its own end, but the company’s post said it reported more than 300 groups to social media companies in Q1 2020 that were using the platforms to organise campaigns to cheat the review system, yet it took a median time of 45 days for the groups to be shutdown. In Q1 2021 it has reported more than 1,000 such groups, but this year the speed has improved to 5 days from report to takedown.

Xbox makes trolling in chat accessible for all: Finally, in videogames, the latest Xbox update is adding some very useful accessibility features to the platform with both speech-to-text and text-to-speech options for party chat so all users can participate in cursing each other out on chat like the best of them. Alongside this useful set of features, the Xbox app is getting an Instagram Stories style mode to see what your friends and your favourite games have been up to on the platform.

Making games about memory and longing

Transforming a letter to a friend who passed away into a videogame? We profile Cécile Richard on their AGDA winning game and what drives their love for indie development.

You can’t escape The Attention Economy

Trying to commodify every thought, every publicly shared information object, is a fraught space for society to be living in.

Buyers of Amazon devices are guinea pigs. That’s a problem.

Amazon’s experimental approach to product design can hurt your wallet and the environment. Why does it need our help to figure out what it’s doing?

1898: M.C. Escher was born, still one of the greatest artists for melting our brains with incredible mastery of illusions often based on the power of geometry and mathematics.

Which version of Microsoft Windows was the shortest lived? 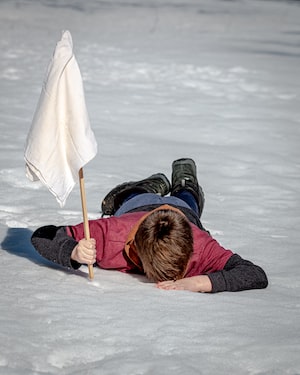 
Making games about memory and longing 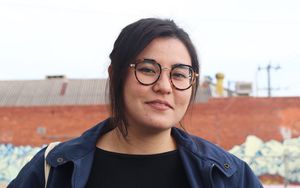