Elder Scrolls and Final Fantasy proving rhythm is everything for MMORPGs

I'm rusted onto WoW, but watching how well Elder Scrolls Online and Final Fantasy XIV are serving fans is making me jealous as hell.

This past weekend, Final Fantasy XIV held its fan festival digital event to deliver the big details on its next expansion, Endwalker. Those tuning in got their juicy hype reel trailers alongside the critical details they were waiting for – when do we get it, and what's new?

Those answers? November 19, a new male Viera racial option, a new Reaper job (think class) for characters to choose, new dungeons and a new raid, plus the big news for local fans – a new Oceanic server is on its way.

That's a particularly positive sign for any game. To announce a new data centre to support a local slice of your fanbase suggests things are going well. To announce new regional servers eight years deep in the life of your game? There must really be growth in player engagement at a time when many games are heading toward an endpoint.

This is also the case for Elder Scrolls Online. Not the Oceanic server move – just search the forums and you'll see complaints about ping and a desire for local servers – but the pace of big new releases of storylines and game features points to a deeply engaged, growing and hungry player base.

Elder Scrolls Online has its next expansion, Blackwood, launching next month, adding a new zone, new companion characters for players, new Oblivion portal events, and loads more. It's part of this year's Gates of Oblivion storyline, and each year for the past four years there has been a major annual cycle of releases, with the pace now sitting at a predictable 3-4 month rhythm.

That's the same rhythm at Final Fantasy XIV, roughly every four months there is a .1 update to the game, with a tick-tock cycle of major new content additions, particularly raids, followed by patches that widen progression options for players and other quality of life improvements.

Personally, I'm a rusted on World of Warcraft player, and right now WoW is in one of those windows where it could really use a fresh content drop sooner than later. It was the game that destroyed the MMO scene by being so good at what it does, but ESO and FFXIV have shown how to carve out a patch in this market over the past five years, in particular.

ESO's cycle is now annual for major new releases, with three key update drops through the year to keep things fresh. FFXIV is similar to WoW in that its x.0 new expansions drop every two years, but like ESO it has three drops a year, which means it hits x.5 or x.6 by the time its next expansion is on its way.

Over its two year cycle, World of Warcraft only gets to x.3 as an endpoint, and those patches are 8+ months apart. We'll get the odd 'big' x.x.5 drop, but these usually contain quality of life changes and don't really add much content. Indeed, the WoW routine has focused on making that two-yearly moment the big, big drop, with loads of dungeons, sweeping changes to class systems, four new zones and other major feature changes saved for these moments.

I can't help but wonder if it could learn from ESO and FFXIV to pace itself better, save an extra dungeon or two and drop them on a better pacing to keep offering up fresh content. Because at times, it designs its new systems around structures that intentionally gate your access to things – an enforced 'freshness' driven by jumping through hoops instead of just holding back a few pieces of content and drip feeding them on a better schedule.

Warcraft's success is so ingrained that it might be half its problem: it isn't being challenged to build a better rhythm because so many players are so rusted on that the monthly subscription fees keep flowing. They're a shadow of what they once were, as best we can tell (Blizzard doesn't report monthly player numbers anymore after the worm had turned downward quite a few years ago), but they're undoubtedly still delivering many tens of millions of dollars every month.

I say that with a lot of love in my heart. The storytelling is what keeps me coming back, but when I look at the way ESO and FFXIV are serving it up to their players? I wish I was seeing that kind of service from WoW.

Forged in the fires of failure

There's an important part of the story here that can't be ignored. Both ESO and FFXIV launched in a very different format to the games they have become today.

ESO started as a full subscription game, but shifted to optional subscription and a unified 'megaserver' structure within two years of first launch. FFXIV was so bad at launch its leadership was fired and after attempts to revitalise the game – while reducing and dropping subscription fees to keep players on board – it was rebuilt from the ground up, complete with an end of server event two years after first launch before it became 'A Realm Reborn' a further two years later in 2014.

Both cases show a commitment to the concept of delivering an always on experience to fans of the series these games are attached to. For Final Fantasy, the company said it felt it was essential to the long-term faith in the Final Fantasy brand to not just call the revamped game a different name. By sticking with FFXIV it showed their dedication to delivering on a promise.

In a world where 'always on' games are becoming more and more common, Elder Scrolls Online and Final Fantasy XIV have spent the past 2-3 years in particular showing how you can combine great lessons from World of Warcraft – tell epic stories, give players heroic deeds to perform in sweeping social realms – with the rhythm of other games as a service genres to ensure your players are always busy when they want to be while there's always something new lurking just over the horizon. 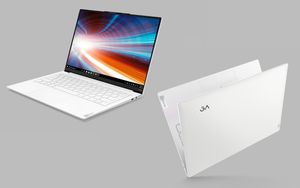