ACCC wants a say in Epic vs Apple: In the local side of the battle between Epic Games and Apple, the ACCC has asked the court to allow it to weigh in on the matter. The Australian case was paused by Justice Perram until the US proceedings that are now underway have concluded, though Epic appealed the decision. The ACCC has applied to participate in this appeal process, asking to make a submission regarding public policy on whether the case here in Australia is different to the case in the US.

“Just because I’m a bad guy…”: A major malware attack on a US oil pipeline has caused big concerns over recent days, but the hacking group behind the attack has apologised and claimed it will do more to vet companies it targets in future. The group, known as DarkSide, says it is apolitical and just wants to make money, not to cause problems for society. The organisation says it has a code of ethics that say it will not attack healthcare and other critical infrastructure targets. This pipeline situation still returns to the fact many organisations still desperately need to improve their security hygiene to stay safe from attack.

Who reads anymore?: Facebook has announced it is testing a notification to ask users if they’d like to actually read an article before they share it. The company says the test will run with a small percentage of users on Android phones. The move comes roughly one year after Twitter started doing the same thing, and Twitter has reported improvements in how people engage with content and sharing by giving them a nudge in this way. An improvement, but not a panacea.

DeepMind invades the football pitch: You might remember Google’s DeepMind project from when it became a god of games like Chess and Go, and then shifted gears and learned how to beat the world’s best at StarCraft. Well now the AI project has partnered with Liverpool football club to see if it can apply its digital brainpower to improving strategy and tactics on the soccer pitch. With the sensor data and detailed video footage now deployed on players and around the game, Liverpool provided DeepMind with three seasons of granular player data. The research paper looked at AI ‘ghosting’ techniques to make predictions and see if the predictions were replicated in what happened in the real world. Let’s keep an eye out for any new tricks Liverpool throws at the game next season.

Watching stars turn into spaghetti: Astronomers recently announced the observation of a star that was trapped by a supermassive black hole and has slowly been ripped apart at its edge. It is officially known as tidal disruption but more lovingly called “spaghettification”. Previously such events were mostly noticed via fast radio bursts but this research is the first time the filaments of a star being wrapped around a black hole have been more directly observed.

No PS5 for you: If you’ve been hoping to get your hands on a PlayStation 5 when demand slows down, Sony suggests you’re not going to be casually walking into a store to grab one until sometime in 2022. Silicon supplies remain constrained, and while the company has increased production since launch, Sony CFO Hiroki Totoki said they do not expect to be able to drastically increase supply until well into 2022. So far the company has sold 7.8 million PS5 consoles and expects to sell another 15 million this financial year.

Consider yourself prepared: Those eager to scratch the nostalgia itch for the early days of World of Warcraft should note that the Classic WoW servers will be launching The Burning Crusade starting June 2. That was the game’s first expansion after the original game, and next week anyone who has been playing WoW Classic will need to decide if their characters will move forward through the Dark Portal or stay in the original Classic world forever more. There is also a paid option to make a copy to have one move forward and one stay behind.

It began as an AI-fueled dungeon game, then it got much darker

A really interesting look at a clever idea for creating AI-assisted RPG storytelling… until things started to get really messed up. Another example of the need for guardrails when we let AI loose in the world.

Snopes Or Nopes : Can you spot today's fake news?

Can you tell which of today’s internet rumours are true or false before you read Snopes’ fact-check? A very clever quiz to test your radar.

Schematics leaks from the perspective of a computer repairs expert

Hacked and leaked schematics won’t help you make a counterfeit MacBook. They will help repair experts recover lost data, though.

We look at the Nintendo, Sega and PlayStation Classics and explore the modding scenes making the most of these amazing retro remakes.

That pre-patch window mentioned above is a lot shorter than expected, and along with some new paid goodies some fans are feeling rather annoyed.

Grand Theft Auto almost went by another name. What was it? 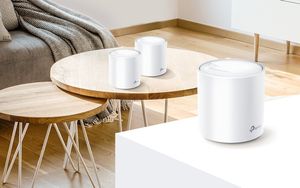 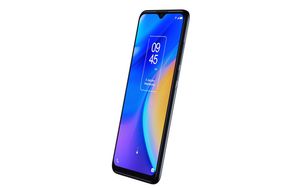