So what are the most popular Pokémon worldwide?

Ever wondered which Pokémon are popular worldwide? Wonder no more as we explore a recent region by region analysis.

We all have a favourite Pokémon. Mine happens to be Litten, for the record. But, with over 700 Pokémon worldwide, the question has to be asked: What are the top ranked Pokémon per country?

Folks from The Toy Zone decided to break it down so you don't have to, gathering a bunch of Google search data to help us discover which mons top the search engine results across the globe. Unfortunately, they decided crunching data on every generation ever was too much, and fraught with difficulties comparing like for like over wildly different periods of the game's history... Thus we're getting original generation only in this assessment. Even so, it gets weird pretty quickly.

For example, right here in Australia, did you know we have a weird fascination with Machamp, of all things? You'd think it might be something more appropriate, like Kangaskhan, but perhaps that would just be stereotyping.

Pikachu tops the charts worldwide, just as most people would expect. It's hard not to when you're basically the face of an entire franchise, and even your Uncle Baz who doesn't know what a Pocket Man actually is, is still probably gonna know Pikachu.

Beyond everyone's favourite lightning plushy, results quickly get more interesting as we start looking at specific regions and countries. For example, Europe absolutely loves Pokémon. Can't get enough of it. Norway even came in #10 in countries around the globe searching for Pokémon info.

They like Lapras over there, by the way. Which is kind of fitting, when you think about a big ice/water type like that. As a whole though, Europe seems to be big Abra fans.

The Americas is home to the top searchers of Pokémon in the world, accounting for the bulk of search queries. North America also turns out to be big Gengar fans. That's not to discount their South American counterparts, however, with Chile and Peru coming in 5th for overall interest worldwide.

Bulbasaur and Pikachu are tied for garnering the second most interest among the various South American locales, with Charmander being the region's Pokémon of choice.

The Middle East and Central Asia seem to have a bit of a fascination with Pikachu as well, accounting for a whopping 23.5% of searches in the region. Mew is the other favourite, with fans theorising the catlike design is what makes the cute critter so popular.

Again, Pikachu wins out among the various African countries, coming out on top in 14 of its nations, by far surpassing anywhere else on the globe. Interestingly, Gloom is most popular right after Pikachu, beloved in places like Kenya and Ghana.

Finally, our own region. Asia and Oceania, the home and birthplace of Pokémon. Japan turns out to be massive Eevee fans. Perhaps contributing to the Eevee factor was getting its own game in the Let's Go Pikachu! and Let's Go Eevee! remakes.

Again, Pikachu tops the list as most popular, though other Pokémon like Mew and Paras still make up a lot of the searches, while Charizard tops the list for our friends across the ditch in New Zealand.

And, for those curious, the least popular Pokémon worldwide? Nidoran and, deservedly, Mr. Mime. No one likes a Mr. Mime. They're weird and raise a lot of uncomfortable questions. Nidoran, however, deserves better. 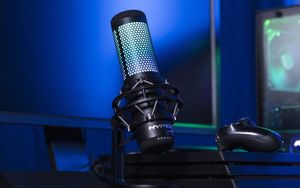