Scientists in the US have developed a new white paint that reflects 10-20% more sunlight. Turns out, that's a much bigger deal than it seems.

There’s a new weapon in the fight against climate change and it’s just really white paint.

Reported by BBC News a new white paint has been developed which can reflect sunlight better than any paint before it.

Researchers at the Purdue University in the United States have confirmed that their newly developed “ultra-white” paint reflects 98% of sunlight. This absolutely whoops currently available white paints by an extra 10-20%.

It doesn’t sound like a lot, but lead researcher on the project, Prof Xiulin Ruan, explains that this can make all the difference.

"It's a big deal, because every 1% of reflectance you get translates to 10 watts per metre squared less heat from the Sun," he says. "So if you were to use our paint to cover a roof area of about 1,000 sq ft (93 sq m), we estimate you could get a cooling power of 10 kilowatts. That's more powerful than the central air conditioners used by most houses."

Cool roofs, which is a term for basically painting a roof to reflect more light, aren’t exactly brand new. Places like California promote them in building codes and they’re generally thought of as a pretty easy way to help tackle heat. But that extra percentage of reflection sure seems worth it.

"We did a very rough calculation," says Prof Ruan. "And we estimate we would only need to paint 1% of the Earth's surface with this paint - perhaps an area where no people live that is covered in rocks - and that could help fight the climate change trend."

It strikes me as an Australian who grew up in one of the warmer states that I can’t recall white roofs ever being a particularly common thing. Thankfully the scientists behind this new “ultra-white” are hoping to make the paint commercial available to all, at a similar price to regular paints. Perhaps we’ll see white covered roofs in the near future. 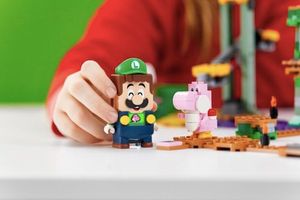