Keen to do some karaoke but aren't emotionally ready to go to a karaoke bar? One of these budget karaoke machines has you covered.

Seeing people is legal again, as are parties, and for some that means getting on the karaoke mic and subjecting your friends to your voice. I think that’s beautiful.

Spurred on by a need to hear my wife’s beautiful singing voice more often, and the success my mother-in-law has been having by holding karaoke afternoons as part of her disability care work, I recently got the Laser Karaoke LED Microphone and Laser Karaoke Machine. Laser is Australia’s go to brand for budget technology.

The one that originally seemed like the best solution was the Laser Karaoke LED Microphone, because it’s $59 (from Big W), and is all contained in just the one microphone, so it’s easier to store (because, let’s face it, you’re not going to be using a karaoke machine all that often).

Unfortunately, the Bluetooth speaker was a complete dud out of the box. It makes the occasional hollow screaming noise, but couldn’t play more than a few notes of a song, let alone amplify a human voice. There’s probably something loose inside, or maybe the microphone is just too close to the speaker causing a feedback loop that it’s desperately trying to cancel out? Either way, it was a complete bust.

The more expensive Laser Karaoke Machine ($149, available in store from Target), however, provided an excellent experience. The Bluetooth speaker isn’t the cleanest or the nicest I’ve ever heard, but it’s perfectly capable of amplifying your music and voice for the occasional night of karaoke. Karaoke machines can cost $1000+, and this is the budget version of that.

I liked that you could add echo and a touch of distortion to the vocals (my wife is the only singer in the family), and that there’s a button on the speaker to remove the vocal track from the song by cutting out certain frequencies which works pretty decently. It’s a quick and dirty way to get a karaoke version of any song when you don’t want to spend ten minutes on YouTube trying to find the right version, or when you’re just a little too “Melbourne” for mainstream music.

The other benefit of this more expensive machine is that it has two microphones, which is great whether you’re wanting to duet for romance, friendship, or effective therapy and bonding with someone in care. The fact that both microphones are wireless means that you can really get into an exuberant dance routine like it’s your 5th grade slumber party and your boot scootin’ baby is driving you crazy. 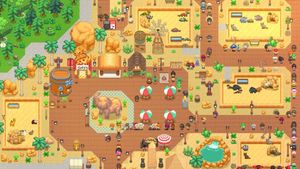 
Splice animals in 'Let's Build A Zoo', a zoo tycoon with a dark underbelly 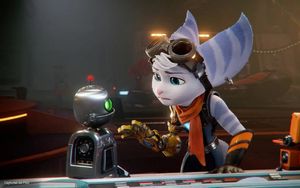