If you've ever wondered what around $300 worth of Genshin Impact wishes can get you, we have the answer – and it isn't pretty.

It's mad. The answer is mad.

I have the worst luck when it comes to wishes in Genshin Impact. It’s something I’ve come to accept over time, but it truly is just shockingly bad.

I get to watch my partner, who’s spent half the time in game and less cash get basically every 5 star character on his first lot of wishes on each banner. He has exceptional luck in the most bullshit ways possible. His first pull ever was Venti. I think it took him 20 wishes to get Ganyu. He even has a C2 (Rolled him twice for extra abilities) version of Diluc, the best character in the whole freaking game.

But I have other friends too, and while their luck isn’t the heights of the man I live with and for some reason still apparently love, it’s much better than mine.

One of the newest characters is Hu Toa. She’s a quirky cool fire user who’s humour I really enjoy and relate to. "Hu as in 'Who put me in this coffin?" and Tao as in "I can't geT OUt!" I very much wanted her as I don’t have a great fire character, so I used up my left over wishes to no avail. He got her on his first lot of wishes on her banner.

Recently I underwent some pretty serious surgery and as a recovery present that aforementioned lovable man wanted to get me Hu Toa.

The first time you purchase currency in Genshin Impact using real money there are deals where you can double your worth. He bought the highest tier which cost $159.99 and usually offers up 6,480 crystals but as this was a first purchase for the account, it received double.

So he got to wishing, and the wishes were so bad. In his own words they were the worst wishes he’s ever seen. He stopped the second he pulled her, but it took a significant chunk of time and money.

Out of the 13,000 crystals, when I awoke from surgery I had around 1000 left, which means it took almost the full amount to get Hu Toa. I was very stoked and excited to have her, but it was an extravagant and silly gift.

But you’d expect to get a little more for that kind of cash drop right? So I had a look through my results.

The only other gold character rolled was Jean. No gold weapons showed. So for over $300 worth of wishes, we only found two gold rolls in the camp.

I did get a fair few 4 star character rolls. Plenty of Xiangling and Xinqui who’s constellations I’d already fully levelled. I also rolled Chongyun enough to max his constellation too.

Genshin Impact also provides crystals that can be turned back into wishes for rerolls of characters, so I fed them back in and rolled again but to no avail. Just more of the same. I decided to also spend the leftover crystals along with whatever I’ve earned since and haven’t seen anything new.

And I just think this is stupid. I happily spend a bit each month on the battle pass and the other monthly drop because I genuinely enjoy this game. I’ve never bought wishes because they just didn’t feel worthwhile – and I feel like this proves it.

It certainly doesn’t feel worth spending the equivalent of over $300 to only maybe get two gold star characters like I did.

I can't even afford to level them up yet!

The gambling aspect of Genshin Impact is my biggest peeve with the game. The gacha mechanic is clearly designed to prey on people and it’s a shame, because the game is good enough to stand on its own.

These games make money on whales. People who drop huge amount of cash trying to get the special drops, and while that has made them bucketloads I think it’s time to stop. Move us to a paid model that’s fair, you’ve already made the big bucks.

Genshin makes spending money on it feel shameful, dirty, and unworthy and by keeping with these practices severely limits the scope and enjoyment of its players. 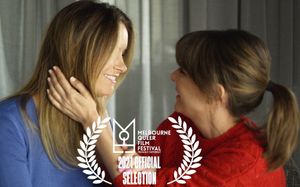 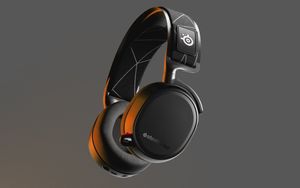