We bought both the Genshin Impact Gnostic Hymn and Gnostic Chorus battle passes to see whether or not they're worth the money.

I don’t know if anyone has noticed, but I’m a bit of a sucker for the free-to-play gacha game Genshin Impact.

If you’re staring blankly wondering WTF is Genshin Impact, what you should know before you start, or what the best way to play Genshin Impact is, we've got you covered.

But if you’ve already acquired this wisdom another question you might be asking yourself is whether the Genshin Impact paid battle pass is worth it.

Wait! What’s a battle pass? Why does it cost? What do you mean Paimon is emergency food? What ARE you talking about???

Lots of games, especially free-to-play or ongoing games-as-a-service style games, will have a battle pass. It’s a series of activities you can complete in game over a set time in game and earn rewards. Think of it like a list of tasks you can complete for bonuses.

Genshin Impact is no different and once you unlock Adventurer Rank 20, you will have access to the battle pass. This gives you a series of daily, weekly, and season activities to complete. Each will award Battle Pass experience points which grow your Battle Pass level.

Still with me? Ok.

Each Battle Pass level you gain will give rewards like some currency or levelling up materials. Rewards get better the higher the level, and milestones will have better rewards.

The keen eyed among you may notice that there are two sections to the Battle Pass rewards. The line on top is called the Sojourner’s Battle Pass, which is totally free. The much better line at the bottom is seemingly trying to win an unnecessary consonants award, calling itself the Gnostic Hymn.

To gain the bounty of the Gnostic Hymn rewards, you need to pay. But, is it really worth it?

Well, that will depend on a few factors but it’s not as clear as it seems.

Firstly, there are actually two tiers of options here to make things extra confusing, complete with their own silent letters. You can choose between the cheaper $14.99 Gnostic Hymn or the more than doubly expensive $30.99 Gnostic Chorus.

Gnostic Hymn has a nice list of rewards you can get for your purchase. However what it doesn’t make clear is that all of these rewards aren’t guaranteed and need to be earned. Sure, you can ‘Select a 4-star weapon for the current period’ but that’s only if you reach the required level 30 on the Battle Pass.

Everything in the list of promises in the Gnostic Hymn purchase screen actually refers to the rewards on that lower section of the Battle Pass.

Honestly, it’s misleading enough to feel a bit icky.  I can say overall, I regret the purchase. Especially because of things like the promised “generous reward of Primogems”.

Primogems are one of the best currencies in game and can be used to buy almost everything else, including wishes. What the ‘generous amount’ refers to is actually 680 primogems that you can only get if you get to Battle Pass level 50.

$7.99 will get you 90 a day for 30 days as long as you log in. You also earn one or two for many activities in the game. Honestly, 680 was not the amount I imagined when I read ‘generous’ and I won’t get to level 50 anyway so make that doubly so.

That’s where the Gnostic Chorus comes in.

For the extra money you will be advanced in Battle Pass level by 10, as well as get a cosmetic name card and 5 fragile resin (which can be used to buy… you know… never mind. It’s not that important) which are about as valuable as 50 Primogems but can only buy one thing.

Ok, but is it all worth it?

Who can truly say what something is worth to someone else, in a world where trash can be treasure and priorities change like the seasons in a Melbourne day?

But is the Battle Pass worth it, for you?

The way to work that out is to only look into buying either the Gnostic Hymn or Gnostic Chorus towards the end of a battle period. Your purchase does unlock previous rewards so if you’re already level 30 and you want that four star weapon and everything else earned up to that point - maybe it’s worth laying down the cash.

Alternatively if you’re about ten levels away from something you’re really after, maybe dropping the big bucks for the Gnostic Chorus could be considered good value.

But as a general statement, I’d say it’s not. The weapons are only four stars so you can craft things of similar power. The extra level up materials are nice, but they’re something you can earn through playing - just much slower. And those primogems? Well they look awful pretty but I’ll probably never see them.

I personally have no problem with dropping some cash on a game I play this much but Genshin Impact really doesn’t like making it worth your money. Even if you are spending big to get wishes, the drop rates for the characters mean you’ll likely never get what you want.

I’ve spent around $40 on this game so far, while my partner hasn’t spent a cent. He’s successfully earnt gold tier characters and items from the drops, totally earned through playing, while I haven’t gotten one.

No, I'm not annoyed not even one little bit. 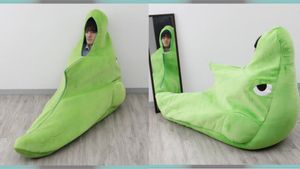