Gucci's $14 Virtual 25 shoes are real-life DLC, only wearable in AR

Gucci's digital-only, Roblox & VRChat-compatible Virtual 25 sneakers seem ridiculous at first glance. Is the reality as crazy as its concept?

There's a bit of buzz around Italian fashion label Gucci over a pair of shoes you can't even put on your feet. They're bright, bulky, and won't be in brick-and-mortar shopfronts

The "Virtual 25" shoes are a digital-only fashion item available through Gucci's app or Wanna Kicks, an app that lets you virtually try on shoes using augmented reality tech.

So, why would you want to buy a pair of kicks you can't wear outside the confines of a screen?

For one, as noted in The Guardian, Virtual 25s can be worn in digital playgrounds such as VRChat and Roblox.

Which makes Gucci's gaudy footwear glorified DLC — downloadable content, for the non-gamers out there.

At $13.99 AUD through the Wanna Kicks app, it's the only way I'd ever be able to afford anything from the brand whose name is the most fun to pronounce as "Gucky".

But I ain't crossing that line, no way. I'll settle for sharing a screenshot of the blurred-out Wanna Kicks preview presented to those not willing to make the frivolous purchase.

It's probably for the best, as it reduces the odds of someone creating a wikiFeet profile with my tootsies.

Gucci's Virtual 25 footwear raises an interesting point regarding buying stuff only existing within the digital realm.

What's the difference between dropping $30 on a sweet Valorant skin and getting a pair of brand-name shoes to wear in a virtual world?

Both items' visibility is restricted to the specific digital context for which they are purchased. In this case, parading around in videogames or game-like spaces.

Interestingly, the Virtual 25s only seems to have recently gained notoriety, when in actuality they were first flexed back in November last year.

It seems with all the talk about digital ownership through the use of blockchain and NFTs, discussions are moving towards other forms of digital-only commodities.

Is purchasing a pair of AR-exclusive shoes less bizarre than spending vast amounts of money on a speculative market with questionable-at-best permanency?

Who am I to judge?

I would argue I used to be with "it" and then they changed what "it" was, but in all honesty, I was never with "it" in the first place.

It's all Gucci, baby. 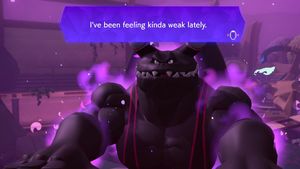 
One year on, Ring Fit Adventure has changed my life 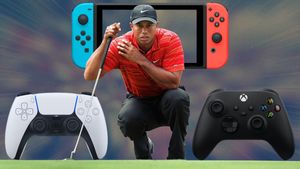