The Antikythera Mechanism is the ultimate ancient nerd puzzle

A new theoretical model for the Antikythera Mechanism suggests we're really close to cracking the case on this puzzling artefact!

It’s an exciting time for history nerds, especially if you have a penchant for ancient Greece. Because a brand new article has come out in Nature about the Antikythera Mechanism.

The Antikythera Mechanism is a hand-powered orrery thought to date to c. 70 BCE or earlier. Orreries are mechanical models of the solar system that aim to predict the relative position and movement of the planets and the moon.

The Antikythera Mechanism is, as far as we can tell, a glorious piece of arithmetic and geometry. The Mechanism is in fragments (held in the National Archaeological Museum, Athens) and chunks of it are outright missing. Found on the seabed near Antikythera island in 1901, scholars were asserting as early as 1905 that the mechanism was likely an orrery. Ever since then scholars have inched closer to a solution to reconstruct the mechanism with fidelity to the artefact. For some, this has become their life’s work.

It has an affectionate place in the hearts of historians, philosophers, and physicists alike for the intricate and detailed work required both intellectually and physically to produce the piece. And now there’s a tantalising sense that we’re close to cracking the case of how this mechanism operated.

The elements of an orrery follow the same principles found in clocks and the idea that the ancient Greeks developed their own is wild. Especially since the Antikythera Mechanism is thought to date to c. 70 BCE at the latest AND mechanical orreries don’t emerge again in history until the early eighteenth century, some 1800 years later!

As technology has progressed, so too have the tools at the disposal of researchers. A major break-through came in 2005 after the fragments were subjected to microfocus X-ray Computed Tomography (X-Ray CT). The results revealed detailed inscriptions that previously could not be read. Once translated, the epigraphic evidence established the numerical relationships connected with the planets that are crucial for reconstructing the mechanism.

So what’s so cool about the most recent paper? Tony Freeth and his team have published a new theoretical model for the Antikythera Mechanism. This one seems pretty promising in terms of matching all the fragments as we currently understand them and building in the mathematical relationships established by the previously hidden inscriptions. The researchers are pretty excited and this video exploring where they’re up to in the project is half an hour well-spent.

The next step for the team is to build a working example that is an accurate reflection of the ancient Greek artefact. Many have tried but there’s good reason to be excited for the next step in this project by these scholars. If this isn’t Myst in real life, then I don’t know what is 😀 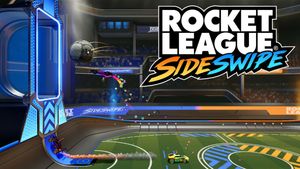 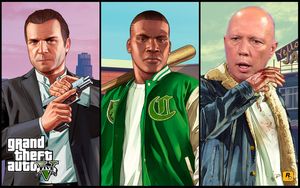