Out with the Basic and Classic cards and in with a new Core that will dynamically update on an annual cycle.

As Hearthstone enters its seventh year of digital card gaming life, Blizzard has announced the game is set for a major overhaul to freshen up the fundamentals of the card sets while making it easier for new players to dive in and feel like they can have fun fast.

With the launch of the Year of the Haven't Told Us Yet, Hearthstone will remove the Basic and Classic card sets (240 cards total) from the Standard version of the game and replace them with a new Core set of 235 cards.

And while the Classic card set had to be collected through card packs, the whole new Core set will be free for everyone.

The Core set will be made up of cards that were found in the old Classic and Basic sets, plus cards that had been previously sent to Wild (that means from past expansion sets) and 29 entirely new cards too. Plus Priest card 'Shadowform' will be making a comeback from Hall of Fame (the retirement village of cards deemed to powerful or a bad fit for the game).

Team 5, the Blizzard team that makes Hearthstone, has also said that every year the Core set will be updated, creating a new concept for a more dynamic base set that will underpin the rotating expansion sets each year that form the Standard system.

But what about those old cards? Because, yes, while the majority of immediate reactions to the news has been pretty positive there's plenty of whining about being 'owed' something for all those old cards you've worked so hard to collect.

Enter the Classic format, a new way to play the game based on the original versions of the Basic and Classic sets as they existed at launch back in 2014. Over the years cards have been tweaked and boosted and nerfed – mostly nerfed – but this new way to play lets you have an OG Hearthstone experience against others who want to prove they know how to build the best decks without any fancy cards to help them win.

This will mean Hearthstone now operates under three formats:

Out of the gate with a fresh Hearthstone account you do need to earn your Core set, as the cards unlock based on levelling your various Hearthstone classes. But that's a helpful way to introduce cards slowly so you don't get overwhelmed when you're starting out. Once all your classes are above Level 10 you will have access to all the cards in the Core set.

Alongside the recent Book of Heroes solo experiences, the Darkmoon Faire mini-expansion, Duels, Battlegrounds and the new Tavern Pass system (which had some issues at launch around the value proposition but has been tweaked since), it feels like Hearthstone is well set for a great 2021. 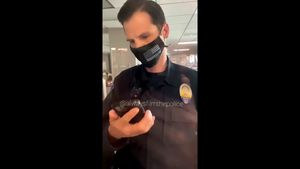 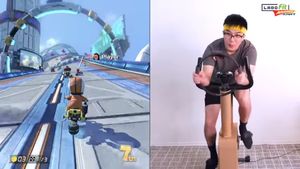