D&D Ravenloft: Lineages to sink your teeth into

The Unearthed Arcana lineages have the potential to change you quite literally. Thinking Ravenloft? It’s worth knowing what you’re in for!

Ravenloft. You might know it as a realm of Gothic horror or perhaps a forbidden place you have no desire to return to. It is Poe-meets-Lovecraft-meets D&D with nameless evils, fear, and the threat of dark powers.

While Ravenloft dates back as far as 1983, the worlds it has spawned and the influence it has had on the development of the Forgotten Realms is not to be underestimated. The entry of new character lineages into this sphere is enough to get one hot under the collar.

If you’re immersed in the Ravenloft world, the lineages have the potential to supersede your race. The lineages can also set the scene for new character creation. Either way, it’s worth knowing what you’re in for!

Do you ever feel an insatiable need to hunt vampires? Did it turn out that your absent father was actually not a travelling salesman but a legit blood-sucker? Yeee-up, turns out your lineage is Dhampir (no, not DAMP-fear!)

The dhampir is part of Balkan folklore: a creature born of a union between a human and a vampire (spoilers it’s usually your Dad that’s a vamp). According to the tradition these part-vampire spawn often turned into vampire-hunters as they reach adulthood. Father, where art thou? According to the Unearthed Arcana 2021:

“Dhampirs often arise from encounters with vampires, but all manner of macabre bargains, necromantic influences, and encounters with mysterious immortals might have transformed your character.”

Turns out, you’re complicated and maybe the dark, silent type.

Cured in the veins

Is your blood cursed? Maybe that explains all the wyrd stuff going on. Damn hexes! Hexbloods carry the spirit of the hag within, some kind of eldritch magic, an unexplainable fey energy.

The problem with uncontained and unknown magik is that it manifests in ways that are challenging to control. From strange alterations to the flesh - is that an eldercross? - to growths that can’t quite be contained...

But witchcraft is also a vehicle of knowledge. And there can be advantages to wild hyper-regrowth. Turns out that you can imbue part of yourself with magic once you detach them from your body. Spare nails, teeth, or hair locks are all great choices as offerings to embed magic and with your preternatural capacity to grow back what is lost, you’re both worker of magic and a supplier of magical wares. Whether your friends are impressed or grossed out may depend!

Born Again (but not in a religious way…)

Woe betide anyone who dares to call you a zombie. Somehow you avoided Charon’s ferry and even though the flesh doesn’t quite want to err on the side of the living, somehow you’ve got to keep going on even when life is lemons. One thing’s for sure, no one can question your determination. You do what you need to do to keep on keeping on. An odd stitch here or there never prevented anyone from going on a quest. You might not look lively, but you’re very dependable.

The big plus is never needing to eat, drink, breathe, or sleep. You have transcended the limitations of nearly everything ! Perhaps your greatest strength though comes from the advantages you gain on death saving throws. Mwahahaha *cough*.

The real kicker is the hazy memories. You do have a tendency to dwell on the past because, frankly, you’re trying to figure out what happened. It’s like trying to peer through a hard mist. Are you ready for that knowledge when it comes for you?

An important point of note is the changes to racial traits in D&D. This is a welcome continuation on Wizards of the Coast's statement from June 2020:

“The term ‘race’ in D&D refers only to the suite of game  features used by player characters. Said features don’t have any bearing on monsters and NPCs who are members of the same species or lineage, since monsters and NPCs in D&D don’t rely on race or class to function. Moreover, DMs are empowered to customize the features of the creatures in their game as they wish.”

All in all it sounds like it's time to get a little bit Goth with lineages. You can find the details at the bottom of the D&D races page.


Hey America, WandaVision's Disney+ schedule is great for many, cheers 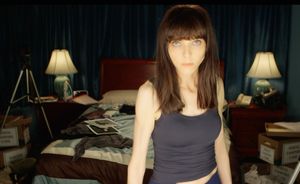