Diablo IV: the Rogue class is back (along with World PvP)

Diablo IV goes back to the beginning with today's Rogue class reveal along with a warning: watch your ears.

The slow boil on the Diablo IV creative cauldron continues to simmer away, with splashes and bubbles of information to whet the appetite. Today we meet the fourth playable class set to launch with the game, with the Rogue added to the line up alongside the Barbarian, Druid, and Sorcerer.

The Rogue dates back to the original game, with a Sister of the Sightless Eye giving us our thieving character option. With Diablo IV we're told the Sightless Eye has expanded its membership, removing any gender restriction on our choices in D4.

The class is a hybrid of ranged and melee attacks, with some vicious close range attacks that look like the speediest, stabbiest beadwork we've seen so far, while the long range attacks include a gorgeous Rain of Arrows to lay waste to crowds of enemies. The official weapon list: swords, daggers, bows and crossbows. The team suggested a Rogue can specialise in melee, range or a hybrid of the two.

As a Rogue you will also be able to imbue your weapons with traits like poison or ice, which can be swapped regardless of other specialisations, and your three specs will be Combo Points, Exploit Weakness, and Shadow Realm.

As for the all-too-prominent ears in this trailer, they're not just there for dramatic colour. World PvP will be a feature of Diablo IV, with Mephisto leaking his influence into the world in the form of Fields of Hatred. These open world areas allow murderous show-offs to prove their stuff against other players and – like the old days – you can collect ears of your defeated foes. No specific use for ears have been announced, but they will have the names of the PCs you've killed attached so they're a nice trophy to collect.

PvP currency will be in the form of Shards of Hatred and the currency will let you buy unique mounts and cosmetics. And if you're carrying a lot of Shards you become a Vessel of Hatred, visible on the map for others to target for death. But if you survive this phase and cash in your shards you'll gain an additional bonus.

Check out the trailer to see some of the work up close. And keep this in mind: the trailer is actually rendered using the Diablo IV in-game engine!

Seriously, that's some impressive graphics for in-game. In a follow-on Q&A session with Diablo IV Game Lead Joe Shelly and Art Director John Mueller, I asked whether we'll see close up character work like this within the game itself.

Shelly said the team is definitely playing with the ways in which they can put the great camera options in the game to good use, but the core gameplay experience must always stick to a fundamental "Diablo" style to ensure fans get what they want. But potentially outside that core combat space there could be ways to deliver some more cinematic elements. 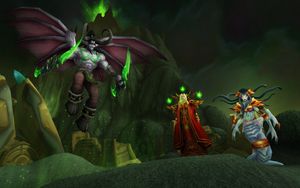 
Burning Crusade Classic is coming, so what exactly happens to your WoW Classic character?


Diablo II: Resurrected will be a full 3D remaster of the 2D classic 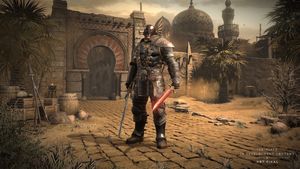