A trick-based shedding game, The Great Dalmuti's fresh new D&D themed edition is an easy and fun game to add to your collection.

In search of a fun game that suits many occasions, ages and time windows and needs next to no learning to get started? The Great Dalmuti could be a nice addition to your library.

I had no idea what The Great Dalmuti was before I received a copy from Wizards of the Coast to review recently. But you always pay attention when you see Richard Garfield's name on the box.

The game is a simple shedding game (get rid of your cards as fast as you can) where it's all about ranked card sets that will allow or prevent you from dropping cards on the table. Honestly, for a Garfield game released just two years after Magic The Gathering took the world by storm, it's not exactly 'peak of his powers' work. But it's sharp and simple and has good flavour to have fun with.

There's 13 card ranks in this edition. The lowest is the Fool, with just two in the deck, while every other rank has the same number of cards as the rank's number. 12 twelves, 11 elevens, 10 tens, and so on. Each with its own name and cool art.

Each hand sees the first player put as many cards as they like down from any given card rank, and as play rotates each player must play the same number of cards of a better rank or they must pass. You can pass strategically and hold cards back, and you can use a Fool as a wildcard. With these simple rules in mind you get down to business.

There's some extra fun in the round by round rules that winners and losers become ranked for the next round. The top player becomes the Greater Dalmuti, and the bottom player becomes The Greater Dreg must given them their best two cards in the next round. These rules spread across the next 'lesser' ranks and the game also gets all players to change seating positions each round to take up their new ranks at the table.

The game is best played by five or more players, with up to eight working comfortably. And the concept feels like a great 'icebreaker' game for a group who might not have spent much time together before. It doesn't demand roleplay or truth/lies/investigation like a Mafia or Werewolf, but the seating changes means people will mingle and chat along the way.

In many ways, The Great Dalmuti feels like a great beginner's trick game. If you have family members who have never played 500 or other classic trick-based card games, this numeric-only trick system helps people learn how to get very strategic under this style of game without needing to overthink things too much.

I like the idea of this game being a great time filler between other moments in a gaming night. Maybe a boardgame finishes quicker than expected. Maybe you're waiting for someone to arrive who's running a little late. Or maybe it's an 'off week' between D&D sessions and you just want to relax over a few drinks without needing to focus too hard on the game at hand.

You can buy the OG edition of The Great Dalmuti or this new art edition for between $18 and $23 depending on the store, making it an easy option to gift or add to a collection and see how it fits in at your table. 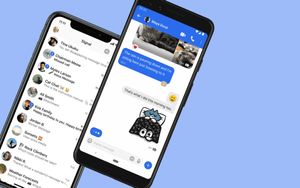 
BYOD tips for school laptops: what should you buy? 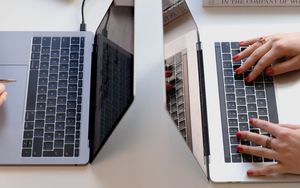