In 2020 we bought some dodgy ass products from social media advertising. From pure glory to PayPal disputes, here's how it all turned out.

Look, we all probably did things we weren’t proud of in 2020, but some are more forgivable than others.

No one needs to know how many times I rewatched all the Shrek movies, yes, even the musical. Or about the quite frankly monstrous mountain of junkfood I consumed while in lockdown.

But there are some mistakes which are harder to shrug off. I have to admit it, 2020 was the year I fell for shitty internet marketing.

I’m usually a very aware consumer, but in 2020 the barrage of advertising eventually wore me down. The need for retail gratification, the promise of life changing products, the lies and sometimes, the pleasant surprise.

Hopefully I can learn from my mistakes going forward into 2021. Maybe you can too? So here’s my embarrassing list of the best and worst things I bought from those dodgy suss AF ads on social media in 2020.

We have wanted a bidet in our household for a long, long time. Ever since we experienced the sweet cleansing kiss in Japan all those years ago, talks of getting our own are a repeat affair.

Proper toilets with preinstalled Bidets are damn expensive, and you have to get them installed. So I had been looking at those install-under-the-seat kits for a while, but some aren’t compatible and the ones that were all in USD and with shipping it just wasn’t feasible.

We also have special requirements in Australia to prevent backflow so be aware when buying your own bidet.

So when Bidets started to be advertised to me, I wasn’t surprised. But the price plus shipping did seem more reasonable, so I bought one.

I bought something from a site called clean bottoms (cleanbottoms.co). I know. I’m an idiot. It doesn't exist anymore but the Facebook Page is still up.

Australia was immediately swarmed with panic buying and toilet paper became impossible to come by. I can only assume our bidet purchasing increased tenfold.

So maybe that’s why it took literal months for my delivery. In between the design had been changed (which they did inform me of, at least) and when it arrived, honestly, it just looked way cheaper.

I did try to buy the right one, but at this point I’m not 100% sure and the build quality doesn’t give me a lot of confidence.

So I spent money on the bidet, shipping, and adapters and I still don’t have a functioning bidet. It was not a good start for 2020’s dodgy buys.

I am a dreadful human who drinks pod coffee and constantly wrestles with the guilt of it, and I'm far from alone. On the one hand, it’s easy, cheap, and I am an energy deficient shell who hugely benefits from a little caffeine.

But I am also hyper aware of the waste involved and my contribution to the demise of the planet. So I started to see adverts for compostable coffee pods, and you know, why not?

The first I tried was Pod and Parcel. They’re made in Melbourne, raved about online, and the coffees taste pretty good but they’re also a bit misleading. While they are technically compostable, you need to have access to a facility that can compost bioplastic. They say to check your shire but you basically have to strike gold to have your waste go to one of these. Plus the lids are aluminium and not compostable at all.

To put it simply, in my situation these compostable pods just weren’t, so I tried a new advert.

These are way more compostable. Still not compostable in your home, yet, but we’re getting there. They use paper lids for starters, so you don’t have to remove them before disposing. But even if your facility can’t compost the pods, you can buy a postpack with them to send back to somewhere that can.

Personally, these don’t taste as good. Not in a way noticeable to me enough to not get them, just a bit of a sadness. Worth it for actually being able to compost them though.

Not bad, Al Gore-ithm (Like algorithm but with Al Gore. Because of the environment? No? This joke not landing is the most inconvenient truth).

Halloween was coming up and I saw these retractable teeth. In the videos they look invisible until the wearer triggers them to pop down. Cheese vampire movie style.

I absolutely knew they’d be shit, but I figured if they even worked a little it could be pretty funny. Stuck in lockdown, with my partner on Halloween, doing totally normal things, then BAM TEETH.

They did not come in time for halloween. When they did arrive they came in a cheap white plastic box with an even cheaper sticker very off centre advertising the product.

I put them in my mouth and these things hurt like all fuck. They’re entirely plastic and work (or don’t work) with a pressure activated lever by your tongue which if it even tried to work at all only served to ram the teeth further into my gums.

I tried them a few times to see if I was doing something wrong but despite many methods I never got them looking right, even once. Just even regularly in the mouth, huge bulging weird lumps behind my skin. Least discrete vampire ever.

What’s worse is the purchasing system did that thing where it suddenly changed currencies at the end and changed what I thought was a relatively cheap purchase into a somewhat pricy blunder.

The closest these came to being vampire teeth was sucking my money dry and making my gums bleed. I’m still a bit mad about them.

Ok, so I might have gotten one win out of all my stupid purchases and it’s this absolute champion fur devourer.

I have a husky and a white german shepherd. Two not small and double coated dogs with endlessly shedding undercoats. My house is basically a white Christmas all year but with dog hair and carols are forbidden (unless they’re these bangers).

This fur roller really works, and I get that should be a bare minimum when it comes to expectations but holy shit it fucking does.

I definitely think it’s a bit on the expensive side for what it is, but everytime I use it I’m a little bit impressed and it makes me feel better about all my past purchasing fails.

One of those dumb silicon mould kits

Yeah I got suckered in and wanted to make some dumb pretty shit. I know.

I bought a fairly big kit which had some moulds I was genuinely interested to try. I was low-key pretty excited. Yes, again, I know.

Many eons later while still riding high on my goodchoice™ on buying that fur roller, I received a much smaller kit with glitter, which had leaked through the bag and none of the things I wanted or needed. I went to the website and this much smaller kit is around a 3rd of the price that I paid, and is now the only thing on the website.

I’ve sent them emails trying to contest, but all I get back is along the lines of “yes the product is delivered, please contact your post if you don’t have it” so I’m going through PayPal to dispute it. Hopefully I’ll at least get my money back, but never my dignity.

Now to see if I’ve learned anything moving into 2021. Somehow, I doubt it. 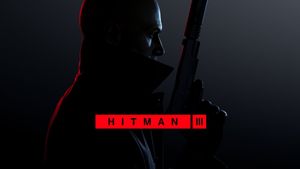 
Hitman 3 review: A brilliant, subversive conclusion to the trilogy 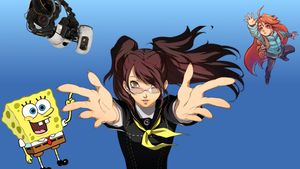