This media bargaining code battle has been running for about three years now, and the closer it gets to the finish line, the more everyone involved look like assholes.

Note: We’re changing email newsletter hosts soon. This could mean we get reshuffled in your inbox, potentially spam sin binned. If you don’t see us next Friday, please check your spam.

The Australian media bargaining code battle is really heating up in Canberra. After we learned yesterday that the US government has weighed in against what the Australian government is up to, today Google Australia Managing Director Mel Silva telling a Senate hearing:

“If this version of the code were to become law, it would give us no real choice but to stop making Google Search available in Australia.”

Naturally, that’s getting wide coverage in all the big media outlets. The ones that hope to benefit if Google and Facebook are forced to pay them money for displaying content that is, unquestionably, also the two biggest drivers of traffic back to their websites.

This media bargaining code battle has been running for about three years now, and the closer it gets to the finish line, the more everyone involved look like assholes. Everyone has heels dug in, everyone is arguing from a fixed point of view, and no version of the way this code is designed will actually help the future of the media industry in this country.

The problem is the ads, not the news

This entire discussion is fixated on one idea – that big tech should pay to display news on their services. It’s only fair because they earn revenue from showing these snippets of news content.

But it is true that, without the clicks from Facebook and Google, big media companies will lose a LOT of traffic, and in turn have a LOT less invetory to sell on their own websites. Less pageviews, less ad views, less revenue.

Make no mistake: I think a lot of how Google and Facebook display news results can mean many, many, many, many people see these news items and read the snippet and feel like they know enough about the story to not need to click. And the whole dedicated Google News area feels like a big overreach from what Google argues is fundamental to its Google Search product.

But that’s why everyone looks like assholes. No one is arguing about how to solve media revenue problems in a way that isn’t just robbing Peter to pay Paul.

Everything that is wrong right now flows back to the devaluation of online advertising. Facebook and Google’s dominance isn’t of news distribution it is ad inventory that is deeply targeted to exactly what a user might be interested in.

Advertisers stopped spending money at the other place that used to attract the biggest bucks possible for ads – newspapers – because that used to be the place where you got the best reach and the best value.

This all feels so obvious – ads reached a scale of billions so the prices plummeted, but newspapers operate at a scale of millions so they just can’t compete. So, for me, the real question should be whether or not Google and Facebook are getting something for nothing in the way they operate their advertising businesses. If yes, then that’s where the competitive issue lies.

Unworkable features of the code

Parts of the media code are just ridiculous in the way they are written.

Take asking the tech giants to give media companies 28 days notice in advance of algorithmic changes. Who on Earth believes that algorithmic changes happen on a schedule that would even allow 28 days of notice? I’d be amazed if there aren’t rolling tweaks and adjustments in these systems on a weekly or even more granular basis.

And a question of asking tech to explain to media companies how they use data collected about a given media company’s readers almost sounds like a plea to “please teach us how to use smart reader targeting to improve our advertising models”. Or to require not only revenue sharing but also offer a free analytics service to news outlets.

Some things are sensible. A demand that they get better at promoting original reporting over plagiarism and cheap nasty copy work? If algorithms can do anything, surely they can help with this? Plus better moderation tools for content shared on their platforms would be something everyone would benefit from.

But, but but… when it even mentions ideas like letting news media exclude itself from a platform that seems to miss that this is something they can already do. But again and again the arguments circle back to how to get more money because money disappeared and now the Googles and Facebooks have all the money.

Yes, they do. And they need to be forced to play fair.

Three things that should really happen

I’m just going to simply the hell out of it and say three things should happen:

The fact that it is legal for them to play games with paying themselves licensing fees for intellectual property and other clever tricks to funnel money to low tax environments and avoid local taxes? It’s bullshit. It doesn’t pass the good old pub test. Fix the tax code to tax local revenue appropriately instead of creating an unworkable bargaining code.

Put a tax on automation:

Algorithms and robots are, over the long haul, removing a lot of human labour from all kinds of processes in the workplace. Not only does this put humans out of work, it reduces taxes that would have come from payroll and other elements of a human being paid to do the job. A tax that targets some measure of algorithmic effort in a given company has a big future across many industries to ensure that robots and automation still deliver an outcome for the entire community and not just The Almighty Shareholder.

A big argument for why it’s “too hard” for Google (let’s include YouTube here) and Facebook to police content on their platforms is that the scale is just too big. So very, very big. Gosh we’re all very impressed down here I can tell you.

User generated content is hard to police under an automated system. All those hours every second uploaded to YouTube. Untold posts to Facebook. Yes, OK, it’s a lot. And right now they pay really bad wages to people with little training and minimal psych support to monitor for bad things. It’s not enough.

But here’s the bigger question when it comes to the media code. Imagine the version where Google and Facebook are responsible for EVERY AD SOMEONE BUYS ON THEIR PLATFORMS. This is exactly where they earn their revenue, and we have all seen utter scams that pass through these systems every day. Again, their claim is that it is too hard.

It’s one thing to have easy access for users to post things. It’s another to do nothing to vet the commercial posts you make your money through. The incentives here are entirely about keeping costs down in the ad space so they can keep ad costs down and keep winning all the ad revenue that used to go to the media companies. If they had to hire sales teams and human monitoring teams to weed out ads and slow down the ad buying process? Suddenly it looks a lot more like… a traditional media company sales team, and heaven forbid they have to start competing on price and quality of service!

But this is exactly where the problem lies. Cheap ads that can be bought to scam Australians across the web because it’s “too hard” to police, but if maybe those prices had to rise because big tech had to hire more people to manage the work it would slide the cost/value ratio out of their favour and into somewhere competitive for news companies.

I know I’m missing things. I know there’s complexities. But good Lord if this argument could move back to somewhere that focuses on the actual problems instead of reinventing the tax system just to keep local big media happy without fixing the actual tax system?

What was I thinking. I guess we’ll soon be testing whether Facebook and Google really are bluffing… because everyone involved in the politicking of it seems hell bent on “making a point” instead of helping build a better future for the media ecosystem.

BYOD tips for school laptops: what should you buy?

First time buying a laptop for school? Make sure you follow these important steps to get the device that will help and not hinder your child.

Make GLaDOS, SpongeBob and other friends say what you want with this AI text-to-speech tool

This AI website lets you make characters, including from games like Persona 4 and TF2, say whatever you want with scary accuracy.

Compete to convince this AI you are the best artist

What better way to feel good about your artistry than be judged by an AI asking for wildly specific drawings?

CES 2021 is an online affair but still as weird as ever. We round up some of our faves, from TVs to phones, toilets to house robots.

Pocket Casts for Sale: Where Did It Go Wrong?

The Adelaide born podcast app sold to American buyers who convinced Pocket Casts it was the right deal with the right values at heart. Now it’s gone sour. Sad. I still use this app every day!

Lego Bonsai review: a zen build with lots to offer

The new Lego botanical sets sure look pretty, but what are they like to build? Find out in this detailed bag-by-bag review. Spoiler: frogs.

A trick-based shedding game, The Great Dalmuti’s fresh new D&D themed edition is an easy and fun game to add to your collection. 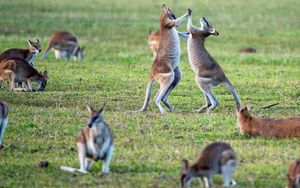 
Everyone looks ridiculous in the Australian media bargaining code fight 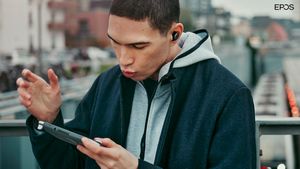