Super? No, this is Supper: A chat with Supper Mario Broth

From concept art to glitches and everything between, we chat to Supper Mario Broth about his unceasing, unwavering love of all things Mario.

There are many resources on the internet dedicated to pulling games apart and finding out what makes them tick.

Supper Mario Broth is one of the internet’s most bizarre and delightful content creators, hunting down oddities within the Super Mario series, from concept art to glitches and everything between. With around 15,000 posts over several platforms and follower counts in the six figures, it’s fairly impressive for someone who thought the account would amount to nothing.

“Originally, I had no intention of running a website because I wrongfully believed that no one would be interested in the kind of obscure knowledge I specialise in,” says Broth.  “A friend started the main website [a Tumblr blog] in 2012, mostly as a side project with relatively little time put into it, and I was invited to collaborate. As I made posts about increasingly more specific material and still saw engagement from the readers, I understood that perhaps there is a niche out there for content like mine.”

“The creator of the blog soon abandoned it, and I took over completely. In 2017, I started the Twitter account; in 2018 I added the Patreon and Small Mario Findings blogs,” he explains. “I try my best to make sure each post is held to the high standards of my veracity and sourcing policy.”

All these oddit something he takes very seriously and has a lot of passion for. Broth himself describes the project as “...a blog that concerns itself with the most unexplored, most unknown, and most obscure depths of the Mario franchise.”

Obscure is very much correct. A cursory glimpse at the website reveals obscure Japan-only coasters from 1989, and glitches that require the most precise movements and knowledge of someone who knows these games inside out. And he very much does.

“In my life, I have spent – and continue to spend – immense amounts of time combing through Mario games, video game magazines, and Internet resources for obscure content. Noticing a random object on the screen behaving in an irregular manner for a few frames becomes easier when you have spent hundreds of hours looking at that object. I do not have any other hobbies, so I will spend the majority of my free time reading, playing or watching Mario content.”

That’s not to say it’s easy or just takes enough time. Broth explains that attempting to recreate glitches or specific tricks can take hours, and there have been various instances where he’s conceded defeat. That brings him to perhaps the most important point of everything he does, and why it’s so important to him to share it.

“I believe that passion is so integral to what I do. If my heart wasn't filled with boundless love for the Mario franchise, I would not have been able to keep doing this all these years.”

What’s more, it’s a passion that dates back to a very young age.

“When I was three years old, I first saw Super Mario Bros. being played on a NES. In particular, it was World 4-2, an underground level. I had never seen a video game before, so I was foreign to the concept. I watched the player run and jump, dodge enemies and obstacles. At first I thought it was some manner of cartoon – I was unaware Mario was being controlled by the player.”

“Then Mario stepped through the pipe, outside, into the overworld with the blue sky and the iconic music and the gigantic mushrooms of World 4-3. It was the most incredible thing I had ever seen, and I said to myself, ‘this is my life now’.”

As for other games, Kirby and Donkey Kong were examples offered, and the occasional other Nintendo character pops up on his blog, but he ultimately makes it clear his heart and passion lie purely with Mario. His personal favourite title? Paper Mario: The Thousand Year Door. (Which I think just shows great taste.)

This is a passion that has been supported time and time again by his ever growing community, which he describes as “nothing short of a miracle.”

It’s heartwarming to see someone react so warmly, especially given the self described ‘ludicrously specific’ content of his posts. But that many Twitter and Patreon followers don’t lie.

When asked about his own favourite content creator, he cites pannenkoek2012 (whom some may remember for the memetic ‘Super Mario 64 0.5 A Presses’ video). Broth even credits his favourite discovery, a left pointing arrow in Tall, Tall Mountain’s slide section in Super Mario 64, came about off the back of one of his videos.

Perhaps the most important piece of information of all is that, when asked, he says his favourite character is Luigi.

“He is just as good-hearted as Mario, but his unsure, cowardly nature interferes with his attempts to be heroic and makes him a more rounded, relatable character.”

For some, this level of passion might be hard to understand. But Broth's success shows that lurking in every niche is a loyal community waiting for a leader. And in the otherwise Hellish world of Twitter, it’s absolutely delightful to see something as cute as this pop up and reward followers for their attention: 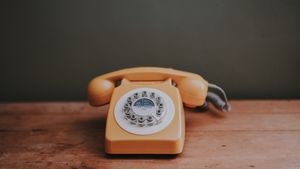 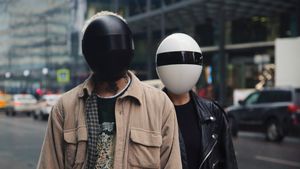