From clothes to PPE, A/C to CPR, the world has been designed for cis-men. Let's stop pretending 'unisex' designs are truly made for women too.

Let’s conduct a little thought exercise for a second. What if not having a penis was considered the default in society, and most clothes and harnesses were designed to just not have space for them.

Not only would this lead to some very amusingly poorly fitted pants, but maybe also some of the restrictive nature of not allowing space for said appendage could lead to other consequences – like it losing function, chronic pain, and even infertility.

But that’s such a crazy thought! No one would even consider not allowing for penises in design, because the people who own them usually seem quite attached to them.

Our whole society is designed to draw attention to them, and discuss them as though they’re relevant to everyone. And for people who don’t have them, what harm is done by there being a little extra space in pants and harnesses to allow for them? They’re not that big, anyway, so it’s generally not much of a problem?

Now that we’ve all agreed that not allowing space for the humble dick would be silly, let’s talk about what the hell is up with much of the design world pretending breasts don’t exist unless they’re being used to sexually sell something?

There’s lots of ways this pretending that having a flat chest is the default has truly made life difficult for billions of people for decades.

It’s not just the difficulty of finding a well-fitting T-shirt or nice jumpers, though that part does suck. It’s also all the safety equipment that’s not designed to fit women and others with XX chromosomes which can and have caused many deaths. Because do you know what’s under our inconvenient fleshy bits? Our heart, lungs and other vital stuff that probably shouldn’t be crushed.

Crush some testicles and all you’ll get is a tremendous amount of pain and a survivable spot of infertility. Crush boobs to hell and you’ll die.

In the UK it’s a big issue that the standard issue stab vests don’t fit the female police officers. At least one officer has died because she had to take off her vest to be able to properly perform her duties and then got stabbed. Others have sought breast reduction surgery because of the health impacts of wearing their safety vests.

It doesn’t have to be that way – it’s perfectly possible to design vests to fit multiple body types. But while male bodies are seen as the default, boardrooms full of cis white men don’t see the point.

It’s relatively recent that diving equipment has been made to fit women’s bodies, which impacted safety because if the buoyancy control device (BCD) is too big, it’s harder to unclip the weight belt in an emergency. Wearing a baggy suit designed for a body that isn’t yours makes it harder to stay warm in the water, so a wetsuit designed for breasts and hips is much safer (of course, they are also more expensive for no good reason).

Although the need to perform CPR in public is rare, a study by the University of Pennsylvania School of Medicine found that men are 23% more likely to survive requiring CPR in public than women. The data indicates that people are uncomfortable performing CPR on women because most of us have those pesky breasts. Recently they’ve had to roll out CPR mannequins with breasts, because before the default was just male mannequins, and it’s hoped that this change might make people more comfortable with potentially saving someone’s life regardless of their boob ownership-status.

In 1990, due to budget cuts, NASA had to get rid of all size small space suits, which in turn meant 1/3 of their female astronauts could no longer access a space suit that fitted them. This size bias was shown again last year when astronaut Anne McClain couldn’t go on what was going to be the first all-female spacewalk because there weren’t enough ready space suits that could fit her.

Looking at the whole female body, did you know that the US Government didn’t properly test the impact of a crash on a restrained female test dummy until 2012? That’s 44 years after they became mandatory safety equipment in the USA. Until then, they were usually tested on dummies based off the average male body. So, it’s no surprise that the University of Virginia Center for Applied Biometrics found that female drivers had a 47% higher chance of serious injury compared to male drivers. For moderate injury that grew to 71%.

Remember back when offices were legal and the men would all be comfortably walking around in their suits while women were shivering under blankets in summer? That’s because our different heights, weights and body composition means we need different temperatures. The standard US office temperature calculations were developed based on the average 1960s man who, back then, weighed 70kgs. And then we just didn’t change it.

Back in 2015 there was a study published in Nature that found under those temperature conditions the female metabolic rate could be 35% lower than the male rate those calculations were based on. That means there’s 5 degrees difference between our temperature preferences, and instead of splitting the difference, they just decided to go for the default/male preference. Woo.

Perhaps the most pressing issue this year though is the way that PPE is not designed to allow for the smaller heads and bodies of women/trans men/NB people and some non-white men. This effects people who work at great heights on building sites. But more pressingly it puts anyone who isn’t the size, shape and weight of the average cis-white-man at risk in the middle of this pandemic. 2020 sucks enough without having to make it worse through thoughtless, misogynistic design choices that make already incredibly hard jobs harder.

The Deputy Chair of the British Medical Association, Dr Helen Fidler, told The Guardian newspaper “Women’s lives are absolutely being put at risk because of ill-fitting PPE. We know that properly fitted PPE works, but masks are designed for a male template, with the irony being that 75% of workers in the NHS are female.”

Respiratory PPE is designed for larger male faces. A 2016 Trade Union survey found only 29% of female workers were using PPE designed for women, and 57% said their PPE hampered their work. This is heartbreaking and rage inducing and shouldn’t be the case in a society where people frequently shout at women that sexism has been solved and everything is fine now, and could we please make them a sandwich.

We have women’s hospitals now because for the first few hundred years of medicine, everything was just tested on men, because women’s hormones were considered too unpredictable and would ruin test results. So many people died because of that.

So many drugs react differently for cis women than they do for cis men. And that’s before we even get into the racism of it all, because as always all of these things are only considered and designed with white men in mind, everyone else’s safety be damned.

Do you know how to recognise a heart attack in women? Did you even know it presents differently for a lot of women? Because assuming it’ll be that stereotypical tingles in the left arm and chest pain could get you or someone you love killed because you won’t get to the hospital until it’s too late. You should read up about it at the Cleveland Clinic website.

Sexism is killing us in so many more ways than the usual violence and threats we’ve come to expect. If I sound angry, it’s because I’m furious.

This is why I get so frustrated when I see progressive feminists like AOC and Sleater-Kinney marketing their non-boob fitting merch as being a “gender neutral” fit. Call me crazy, but I kind of like having clothes that fit me properly.

Breasts are inconvenient, I get it. No one is more aware of how inconvenient breasts are than someone who has to lug them around all day. But I still like my clothes to fit mine, because otherwise my only options are wearing something that is massive around my stomach, visually adding a lot of uncomfortable bulk, or having something that fits my mid-section and squeezes my natural floatation devices like I’m on a very low-rent Baywatch.

Don’t get me wrong, if that’s what you’re after, that’s great. But there is nothing “gender neutral” about a lack of boobs. That’s just misogyny wearing a new hat.

Boobs can be gender neutral – people from across the gender spectrum have them. And wouldn’t it be better to allow a little extra room in the top of the garment to allow for something roughly half the world’s population has? I get so sick of these sexist views about clothes and other devices being either “unisex” or “for women”, as though there is one normal body and then women who exist only to be difficult. Those views are far too entrenched.

After all that, let’s just get one thing straight: 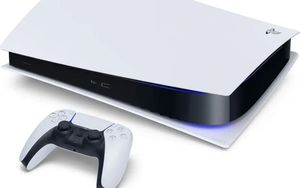 
The right time for a new era