Fuser is the new music mixing game from Harmonix, and within 30 minutes it had me living the DJ fantasy in my living room.

Within 30 minutes I had closed my eyes, put my hands in the air and for a few seconds of Fuser magic, truly and stupidly believed I could be a DJ.

Fuser is the newest innovation in musical gaming from Harmonix, the creators of Dropmix, Rockband, and Dance Central. It makes a tonne of sense they went with a game based around vinyl this time, after all they're crazy popular of late and can even boot PCs.

The main premise is you’re a kick ass DJ putting on live performances. The career mode takes you through a set of tutorials starting with the basics and ramping into some pretty complicated stuff. It’s also key to unlocking new tracks.

They start off super simple. Presenting you with your crate of seven songs to mix from. Most songs are broken into four tracks, usually a drum, bass, harmony, and melody. You have four slots you can use to place them and can freely grab tracks from any of your crates to come up with some frankensong masterpieces.

This was already pretty impressive to play with. Even just with this basic knowledge and ability you can make some things that sound damn cool thanks to the effort Fuser takes to help meld these together.

I was already hooked by the cool sounds that it truly felt like I was constructing. Already, I was dropping sick beats like a dead neutron star. But it gets even deeper.

Fuser explains how to drop in tracks on the beat for a better feel. Then it will even help signal you to find great places to drop specific tracks in where parts of the song will play. It’s really clever and is cut in such a way that feels like you have a lot of control when really it’s mostly just some clever and very intuitive software.

It was at this point where those magic moments started happening. I’d feel the swell of the songs, get them to a sweet spot and just take my hands off the controller and enjoy the moment. In those moments, at least in my living room and mind's eye, I was a DJ.

My obsession with coloured lighting and RGB in my house also definitely added to the experience with my living room lights pulsing around me to the music.

You can queue songs up, set transitions, change tempos, and keys. It starts to feel less like a game and more like music software. It’s surprisingly robust, giving players the abilities to dig deep into the systems and create their own loops and sounds.

This game has had a bit of contention around the price. $150 for the VIP edition of a purely digital game is steep in this market. However, $150 for music software this is a freaking bargain. The music is all incredibly popular and would have cost a fortune to license.

I’m fairly convinced that’s why this isn’t music software instead of a game. Sure there are the gamey aspects but it feels like it bleeds across the lines between the mediums. However, you can’t export tracks and I think that forcing these creations to stay within the platform is probably the only way they could afford and were allowed to give this much control over these tracks.

Fuser will still teach you all these complicated music software things through the career mode. But when some of the more complicated musical ideas come in, it doesn’t really explain why. Sure you can change the key, but why and which keys work well together?

And I feel this will absolutely be a barrier for many people less familiar with making music. Fuser isn’t bothered with explaining complicated concepts, and instead just wants you to play. It does a good job of facilitating this but the learning curve isn’t so much steep, as it is just disappearing off a cliff.

But you don’t have to interact with any of that if you don’t want to. The career mode is just there to teach you how to use the software and you can throw caution to the wind and jump into freeplay any time you want.

Here you’re not bound to appeasing a make believe crowd or trying to keep up with points. Here you can sit on a beat or a moment and enjoy it yourself. Songs can go forever and you can chop and change as you please. It’s clear Freeplay is how Fuser is meant to be played.

Fuser is an amazing party game for the musically inclined. Passing the controller back and forth and letting people have control of the music while others dance or laugh at their creations is going to be a joy with the right crowd. Plus with people even halfway decent at it, Fuser will sound like you’ve got a proper goddamned DJ in your house.

Me. A proper goddamned DJ. In a videogame. For clarification. 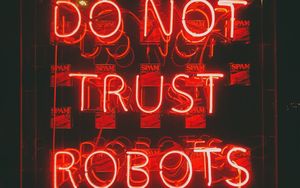 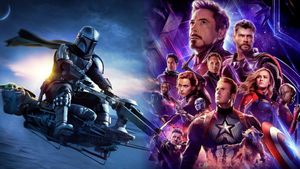