The Australian Government has a new code to try to tackle spam calls which robbed Australians of approximately $36 million in 2020.

I’m not sure about you folks, but I basically don’t answer my phone anymore unless I know who’s calling. Sure, part of that is being a millennial terrified of having to talk to a stranger but a bigger part is because every damn phone call is spam.

That or the Australian Taxation Office and the Chinese government are really mad at me but also don’t know who I am.

For the savvy among us it’s an annoyance. But many are not so lucky.

The Australian Government (spotted via ITWire) has stated that Australians have been robbed of about $36 million this year thanks to spam calls and it plans to stop it with a new code developed to tackle the problem.

The imaginatively but not over promisingly named Reducing Scam Calls Code is focussing on three kinds of scams, which if you’ve answered your phone this year, are probably very familiar.

The first is the classic ATO scam. If you’ve had a call from an ominous deep voice telling you you owe the government money, you know about this bad boi. The worst part is the scammers use spoofing to mimic a number associated with the ATO. It’s a very intimidating phone call to receive, and it’s no surprise some Aussies are falling for it.

Ever received a missed call from an international phone number you don’t recognise? These could be Wangiri scam calls. They work by charging a premium when people call them back and the new code will require the telcos monitor and block these, hopefully saving Aussies some seriously hassle.

The third is a broader umbrella of international scam calls. It’s determined that most scam calls likely come from overseas so the code again calls for telcos to monitor and block offenders.

Hopefully these measures will mean answering ones phone again is a less dangerous game. 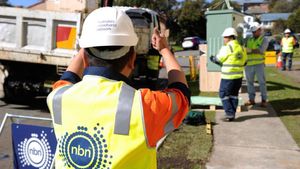 
Super? No, this is Supper: A chat with Supper Mario Broth