It turns out the Tuatara is fast, but perhaps not record-breaking fast?

On October 10, the SSC's Tuatara hypercar allegedly clocked an average speed of 508.73km/h — including a top speed of 533km/h — in Nevada.

Since the footage of the Tuatara's attempt released via Top Gear, online motoring enthusiasts have picked apart the run, questioning the data's legitimacy, as picked up by the fellow tech-heads at Gizmodo.

Among the gripes include what direction the car was travelling, in addition to the average speed not adding up to what the superimposed speedometer suggests in the released footage.

Essentially, the analysis boils down to the speeds displayed in the Top Gear video not aligning with their calculations of the distance travelled by the Tuatara over the time taken in the footage.

Even Oliver Webb, the driver behind SSC's disputed world record attempt, isn't sure what's going on, posting an Instagram video explaining his reaction to the scrutiny.

Arguably the most damning discrepancy is that of SSC claiming GPS manufacturer DEWETRON validated the record attempt, only for DEWETRON to publish a now-removed press release denying the claim.

Although SSC does not claim the released footage is proof of their record-breaking run, owner Jerod Shelby acknowledges it's not a good look to have plausible doubt cast over what should be a celebration of man and machine going very, very fast.

Shelby's solution to all this? Redo the run, and in a way that will provide "undeniable and irrefutable" evidence everything that transpires, including involving multiple GPS companies throughout the process to verify the data.

It's bizarre that such a highly technical record didn't have all of this set up initially, but full credit to Shelby and the SSC team for facing up and providing a sincere response to the criticism.

None of this takes away from what is an undeniably fast car, so we'll be watching the rerun "in the very near future" with great interest. 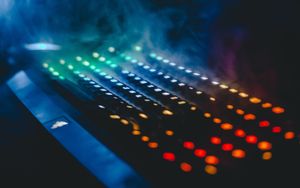 
Elliot Page to star in a Gamergate comedy? We have concerns...


My obsession with a crime reporting beauty guru 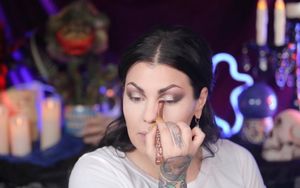