Platypus cooler than ever as we discover they're also biofluorescent

Not only are they a bunch of weird little rat-ducks who lay eggs with a dash of venom, now they can glow too.

Platypus, are a species of animal that has always been labelled as a little odd looking. Part fuzzy rodent, part duck, lays eggs, can be venomous, and now – also biofluorescent.

Even the dreamtime story of Bilargun and Daroo I was told as a child presents the story of a water rat and duck who produce platypus offspring, rather than them just existing on their own merit.

According to ScienceAlert, looking at an Australian platypus under ultraviolet light will show a soft glowing green and blue coat. Reportedly, they’re the first monotremes to do that.

There are three main groups we use to categorise living mammals, Placentals like humans where a fetus is carried in the womb until late in development, Marsupials that use a pouch, like kangaroos, and Monotremes like the platypus, which are quite frankly the odd balls out of the bunch.

Monotremes often have a bunch of structural differences compared to other mammals, but the main way to tell a monotreme is that it lays eggs, while still bearing milk like all other mammals.

And while our weird little duck-rat might be the first monotreme, it probably won’t be the last. Biofluorescence is fairly common in things like plants, fungi, insects and birds. But now it’s popping up in all sorts of unexpected animals. We’ve got squirrels, opossums, turtles, and even frogs!

All these links are begging the question as to a common lineage, or at least some ancient use for biofluorescent fur.

The best part by far about biofluorescent animals is that they are so often discovered by accident.

This is because biofluorescence differs from bioluminescence in that these creatures don't actually produce light. Bioluminescent creatures will often have a chemical reaction or using bacteria. Biofluorescence occurs by re-radiating light.

Often it seems scientists are trying to find something else that glows or responds to the light, only to discover it’s what they least expected. Like a platypus.

Can’t wait to accidentally find a glowy boi one day while scanning for something else totally not gross with an ultraviolet lamp.


Free as in anti-competitive 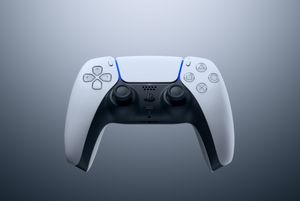