When a song written by an AI riffing on two separate artists gets a copyright strike, who owns it? Or is it just another case of AI vs AI.

Who owns a song written by an AI employed by people to specifically riff on two existing artists?

Earlier this year a neural net was employed by tech musicians DADABOTS to create a rather weird Frank Sinatra cover of Toxic by Britney Spears.

Listening to it is an odd experience. It’s familiar to both of the artists but also somehow neither. Almost like it occupies some sort of alternate universe where Nelson Mandela died in prison and there are books about the Berenstein Bears.

But weird AI generated music isn’t the story here. As Futurism reports, where this gets really interesting is in the *checks notes* uh, legalities.

No. Stay with me!

The Sinatra vs Spears concoction was struck down by YouTube with no warning after automated copyright strikes. DADABOTS, rightly confused decided to fight the decision. After all, it’d be worthwhile finding out who really has the rights to something like this in the first place.

Luckily the music duo found pro bono legal help. When these kinds of things happen to small creators there’s not a lot they can do to fight the big legal machine. Having a lawyer onboard is an impossible dream for many, but in the world of copyright very necessary.

It turns out the claim which got the video struckdown was by an anti-piracy firm rightly called GrayZone Inc. It looks likely that it automatically filed the complaint via an algorithm, rather than someone actively making the decision for the strike.

But it’s also the use of AI that saved the song. It was written using Jukebox which is a neural net developed by Open AI. This is considered a learning product used for non-profit educational purposes which gives fair use protections to the song.

This is why you can still listen to this interesting creation. The current decisions also consider the piece to be a Britney Spears cover song, which seems about right. This means if DADABOTS did want to monetise the video ad revenue would be shared with Spears’ label.

So an AI struckdown a song created by AI which also happened to be what saved it. It’s a bit of a cyclical oddity with a net result of nothing in particular, but interesting nonetheless.

Still not as good as that AI camera that followed a bald man’s head instead of a football for most of a match.

What’s frustrating is it feels like it tells us sweet FA about the future of music. There’s clearly no human decision making in many of these processes and the only way to get a fair review is to file legal proceedings – which most can’t afford to do.

It’s an AI eat AI world out there. Robots are already fighting their own wars across the copyright plains of the internet. I just wonder who’ll blacken the sky first. 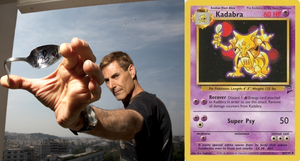 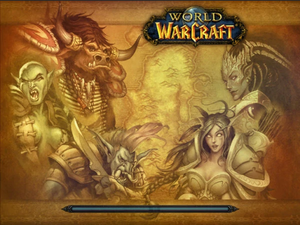