Elliot Page to star in a Gamergate comedy? We have concerns...

‘Pitch Perfect with esports and Gamergate’ just feels offensive to the very real and ongoing suffering of those involved.

Let me, for a moment, take you back to 2014. Conchita Wurst won Eurovision, Tony Abbott and his budgie smugglers are joint Prime Minister, and a little thing called Gamergate was festering up a storm.

That controversy began as a targeted hate campaign toward several women in the games industry, and began to expand as a horrible culture war against anything even a little bit progressive entering the space of video games.

4chan, Reddit, various other internet cesspools banded together to target all kinds of people in increasingly awful and horrifying ways, ranging from cyber stalking to literal, real life stalking and ruining lives under various pathetic excuses for the ‘integrity’ of games journalism, and the games industry as a whole.

It sprung out into many areas, enveloping all of gaming culture in a shroud of sexism, hate and the most disgusting behaviour possible that still lingers today, with so much as a Twitter mention of the fiasco garnering hate messages from all kinds of anonymous chuds on the internet.

Which brings us to the self described ‘underdog comedy’ of 1UP, described on the Hollywood Reporter as a comedy set in the world of gaming directed by Kyle Newman for Buzzfeed Studios. Starring Ellen Page and Paris Berelc, the script is described as “...being in the vein of Pitch Perfect but set in the world of eSports [sic] with a Gamergate backdrop.”

The story is about a college aged woman (Berelc) forced to quit her current esports team due to a culture of sexism, but with her scholarship on the line, she’s forced to put together her own esports team with a coach who has returned to the spotlight after her own Gamergate scandal (Page). So. You know. Already really not sounding spectacular.

There’s not much more information as of yet, other than that production is set to start in November.

It could be argued that a place for a Gamergate film is there, perhaps as a documentary, or even a dramatisation, but equating it to ‘Pitch Perfect with esports and Gamergate’ just feels offensive to the very real and ongoing suffering of those involved.

Zoë Quinn, one of original targets of harassment, recently made a series of tweets on her discovery of the series, saying “I’m so sick of talking about this even though it STILL impacts my life every day. I struggle to live my life around it, recover from it, and not let it break me and then stuff like this comes up from time to time and kicks me in the teeth.”

The fact Quinn had no previous knowledge of the series seems to suggest that real women involved were not consulted. It certainly isn’t painting a positive picture, with the main character being named Vivian, which is either an intentional reference or a horrific oversight on the part of the writers.

For reference, Vivian James is a fictional character that came to represent the movement's fantasy of an ‘ideal gamer girl’.

The signs for this being a sensitive but lighthearted look at the real struggles women went through? We’re just not getting those vibes right now. And without that clarity? This comes off as an insensitive rewrite of a very recent and very painful history that I will be avoiding at all costs. 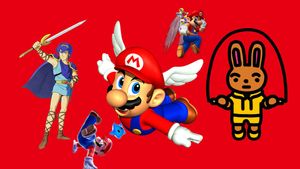 
Nintendo, stop with the limited-time crap 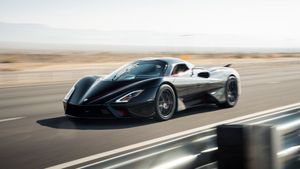