This is the extended, over hyped, over dramatic, over detailed Xbox Series X unboxing you have been waiting for.

How exciting. I'm in possession of an Xbox Series X to review and, right now, I have been told I can tell you all about the console. And by 'all about it' I mean the physical piece of hardware and the box it came in.

You've already read many unboxing stories across the web at this point, but I just don't think anyone really analysed things properly. So here we go.

The Xbox Series X was delivered in a brown cardboard box. The box is a robust delivery carton, sturdy and strong. Based on the included information, I can see that the box is American and was shipped from Renton, Washington. Close to the home of Microsoft.

The box opens in a topwise direction, with flaps ensuring the package is securely fastened when closed. The left and right sides are double-folded to create the space for the flaps to insert into the body of the carton while also strengthening the sides.

Upon opening, the secondary front wall also slides downward, allowing the Xbox Series X to slide forward from its delivery carton. The cardboard engineering is very impressive, but not nearly as impressive as the printed surprise within.

Now inside, we see that the standard unbleached carton becomes a black printed design that evokes the iconic grill of the Xbox Series X. A small 'Series X' logo is also found herein. I wish everyone would receive their dazzling new hardware within this secondary outer layer of entertaining cardboard storytelling.

Now we find ourselves at the next layer of the Matryoshka-like experience. The actual retail packaging for the Xbox Series X. Lifting the box out, the heft of this unit becomes almost cement like. If it plays with a speed that reflects the weight of the unit, it will be amazing. But we can't talk about that yet…

On the box there are an impressive number of words. Approximately 100 words are readable, with the finest print you've ever seen on the green undercarriage of the package. The first word in this dense script reads "IMPORTANT!" Clever.

The front, top, left and right of the package are black with images of what we will find inside. The front, the iconic grating is photographed in abstract. The left, a black Xbox Series X against a black background. The right, an exploded view of the console's internal organs. The top, another black on black image of the console. All very understated.

When we turn to the back, the understatement and style is replaced by a very typical advertisement for the console and the entertainment that awaits. "Power Your Dreams" screams the text alongside Master Chief's face. Games will be redefined, we are told. Thousands of games across generations await. Game Pass will unleash all this and more…

They could print this side of the box on a billboard and it would feel right at home.

Four areas of the box are sticky taped down, daring us to peel the securing devices back to explore what awaits within. This isn't the kind of taping where you have to go find the scissors, either. This is designer tape, with arrows guiding us to the lifting zones where we can easily peel things back with ease.

One… ooh, the tape is surprisingly stiff. It takes a firm tug to get it off.
Two… it wasn't just the first one, you have to really rip this thing.
Three… thankfully, tearing this tape down doesn't injure the box in any way.
Four… we're in.

This box has a similar lift from the front mechanism to open, but the flaps are now external to the inner protective layers of the cardboard. As we flip, an asymmetric design is revealed. The Xbox Series X is wrapped up here too in an anti-static material to protect it even further, with some very industrial-strength foam inserts keeping everything well protected inside.

Hey dreams, are you ready to be powered?

"Power Your Dreams" is emblazoned upon a central paper card wrapper around the Xbox Series X itself. It reads like a gamer ribbon, evoking once again the idea that our dreams will be powered by the device held within. How dynamic. Way to make a call back to the outside of the packaging. Way to send us forward with our dreams, ready to explore the full depth and breadth of this new console generation.

At the rear of this package is an angular cardboard pocket which plays host to the all important cabling and control hardware, without which we would never be able to enjoy the companionship of our new dream enabling Xbox Series X.

Unfortunately, this accessory storage area is also the most difficult to open. The cardboard closure was snagged on something and bent a little as I tried to release it. Until now everything was such smooth sailing. What a shame it took a sharp turn toward almost being ripped apart in my eagerness to reach the cables. But without them, we would hear the thrum of a however-quiet console being 'on' but showing us no pictures and offering no input. We need this.

Thankfully, no rippage occurred. Just a slight lifting of the cardboard layers. That was close.

Within, we find an Ultra-High Speed HDMI cable and a power cable. If you had forgotten the news, the Xbox Series X has no external power supply, which I'm sure will make those with a passion for tidy cables almost weep with joy. This might be the only part of this piece that is not dripping in sarcasm.

The controller is within its own anti-static bag, and also features a custom foam protector that secured it in its section of the accessory box, helping it survive the long journey from Washington without incident.

Lastly, we uncover the all important Product and Regulatory Guide, and then discover the whole accessory package lifts out from the heart of the retail box, making more space to get a better physical purchase on the hefty obelisk where all the action happens.

A firm left-right grip under the body of the black basalt block and we're out. The two foam sides consider following the unit out of the case, but think better of it and slip down and stay behind, looking a little disappointed and neglected after their excellent stewardship of the console across the globe.

We salute you, foam inserts. Your watch is ended.

Finally, one Do Not Disturb style information sheet lies within, giving us a step-by-step on how to use our new console. Downloading the Xbox app is now front and centre for the process. How very next-gen.

The back of the cabinet

I lift out the foam inserts to consider them one final time as their own unique presence in this journey, giving them their moment in the spotlight. And then I regard the bottom of the internal case. I think about the old story Steve Jobs used to tell about his father's care for lovingly crafting even the parts of the cabinet no one else will ever see. "You'll know", was the answer to why it would matter if no one would see it.

Here, I see the final layer of the box is a matte black finish, unvarnished, not over adorned, but still carefully dyed black to ensure nothing detracts from this unboxing experience we've just shared.

The greens and blacks and dark grey foams all work together to tell the story. The next generation of Xbox is here and you'd better get ready to Power Your Dreams.

I just can't tell you anything about the actual doing things that demonstrate just how powered our dreams are about to become compared to how they have been powered through the rest of gaming history until now.

Until then… here's one last picture of the boxes.

UPDATE: Someone pointed out the outer cardboard box is fully reversible. Surprise! Microsoft isn't playing around when it comes to cardboard delivery technology. HT Vic B'Stard! 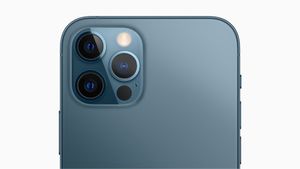 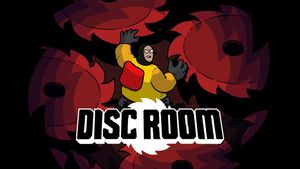