Musings on the loss of a beloved cat, and the wish to find that one perfect image that shows us who she was. But is that even possible?

We lost a beloved cat this week. She was happy and healthy until she was suddenly leaving us and minutes later she was gone.

And, just hours later, I feel like I didn't take enough photos of her.

I've taken many. And our precious Sylvie features in the last three Instagram photos I posted to my feed. But now she's gone? I'm scouring back through my photos and nothing feels like it captures who she is.

The greatest cliche of the internet is too many cat photos. It partly made me want to be careful about overloading my own social media with cats. We have two beautiful cats in our lives here, and whether lying peacefully like pretzels or dashing wildly around our home, every moment feels worthy of capture.

I can't find it, but I recall an article that discusses that people share more cat photos than dog photos online because we take dogs for walks and can include them in public social interactions. Cats can only be shared by sharing their pictures and enjoying how those images tell the stories of our furry friends.

After feeling like I didn't want to just be part of the cliche, I now feel an added loss that I haven't captured enough of who Sylvie was. But is that even possible?

I've hunted through my photos for the images that feel 'just right' to show who Sylvie was to the world. It feels like there's a million throw away moments of her sleeping in weird poses, but not enough of her revealing her personality. But isn't that just the nature of photography?

I pulled my copy of Roland Barthes Camera Lucida off my shelf and opened it for the first time in almost two decades. It's a seminal work on the nature of photography and memory, published in 1980 – not long before the death of its author. It explores how the "indefatigable expression" of photography "reproduces to infinity that which occurred only once." And how it does not truly capture reality, but creates a new one.

Barthes looks at what is present and what is absent from photography, and how unique the medium is compared to every other art form. But what's most notable is the fact it is not just an academic text, but a deeply personal exposition.

The second half of the book is Barthes own exploration of photos of his mother after her passing. The way the images led him back through time, but also how he had to strain to see her identity within the images for all their half-truths. And how the further back he went the less he knew of the person he could see – times before even his own existence.

"I must interrogate the evidence of Photography, not from the viewpoint of pleasure, but in relation to what we romantically call love and death."

Sylvie is just a cat. But she's unquestionably family. And I realised my own hunt through the images of her, looking for the 'right' photos, gave me a similar sense of what was missing rather than what I saw.

So many photos of Sylvie capture a resting bitch face that simply do not capture her incredibly sweet personality at all. She looks beautiful. But she looks like some other 'Sylvie'. The model, not the cat that desperately wanted you to pat her. In reality, that look was probably her wondering what my hands were doing and why they weren't patting her. Her eyes would so often watch your hands.

I also noticed something I hadn't thought about until now. Sadly, Sylvie's sudden death at just six years old meant it was a life cut short. As a Siberian cat, she had a stunning white fur coat, but looking back even only a year earlier made me realise her coat had only truly come into its own this year. Without having so many images to look back on I might not have quite noticed this so explicitly. But it also added to the sense of loss. Of her relative youth to still be building out her amazing coat.

Would more photos have solved my problem of what I felt I couldn't find? On one level, maybe. In Barthes' time there were only ever so many images to interrogate. Today we can have so many more and we can browse them so much more efficiently.

In that sense, it's a sad thing that the cliche of 'too many photos' persists. I think the cliche does hold me back out of a weird fear of being too obvious or too base. But we are blessed to live in a time when we can capture thousands of images that will last beyond our time and can so easily be stored, distributed and searched by who, where and when they were taken.

The photos can do strange things to our memories, but they also trigger the stories we have to tell about those we've lost. Of the times we shared. An image of Sylvie on our bed lacks the story of the ritualistic way she would climb the bed for a pat. Never direct, always walking up the right.

Barthes warning in the book is true. Images are consuming the world. Society itself is less 'authentic' because of how image-centric it has become, and that images can be de-humanising.

But with my sense of loss, and my sense of knowing my collection of photographs of Sylvie is now definitive, I wish to do more to capture images without getting lost in them. To know they are for posterity and for memory, and not just as a fidget response to fill social media feeds.

I miss Sylvie so much. She was a cat that was so giving of affection. Never satisfied just to be held or patted, but to actively participate in the act. She didn't just come to us to receive love, but to actively give it back in return.

I wish we could all be more like that. I wish I could show you all the perfect image of her being the cat we knew. But at the least, I hope I can take these thoughts and do better to try to capture the lives of those I love in future.

This first appeared in the Byteside Newsletter, which hits inboxes twice each week along with curated links from around the web. Subscribe here. 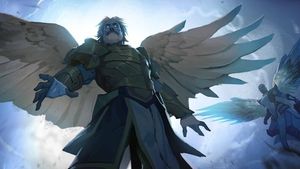