Vinyl records beat CDs for the first time since the '80s

Vinyl beats CD sales for the first time since the 1980s. Not just by a slim margin either, but an evisceration of the digital disc format.

The world continues to turn, and on this cycle it's vinyl records back on top and absolutely eclipsing CD sales.

The 2020 midyear report from the Recording Industry Association of America (via CNN Business) reveals vinyl record sales accounted for US$232.1 million of music sales during the first half of the year. CDs only brought in US$129.9 million.

This follows a steady increase in popularity for vinyl records since 2005. March especially saw a boom tacross all music sales by 14.6% on the previous year but, once again, vinyl was the real standout with LP sales up 45%.

The numbers aren't all pretty, with sales taking a huge hit through the middle of the year as the pandemic closed many physical stores. This also put a stop to Record Store Day celebrations during which 827,000 vinyls sold last year.

Despite vinyl’s valiant effort to resurrect physical music sales, they still dropped 23% in the first half of the year. Music streaming on the other hand continues to grow with subscription services like Spotify and Apple Music seeing a 24% increase in uptake.

This combined with a halt on concerts and other in-person events has rocketed streaming to make up for more than 85% of revenue for the music industry. So despite everything, music sales have actually grown 5.6% during the first six months of this year.

But it makes sense that vinyl is returning to turntables when it comes to purveyors of physical media. With so many swapping to digital, those who do want a physical collection are often looking for more than just the audio experience. Vinyls are a ritual. Slipping an LP out of its vivd, tactile case, arranging it on the player, watching it spin, and then finally hearing those warm unmistakeable tones.

I don’t even have a record player and it’s still a romantic fantasy in my mind.

But who knows, trends seem to orbit in cycles of their own fashion. In ten years time maybe I’ll be writing about the boom in Zoom MP3 players because nothing quite sounds as good as obscurity. 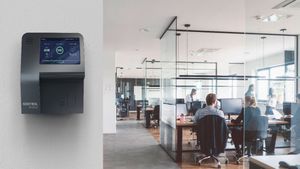 
Hugo Weaving 'befuddled' by alt-right readings of The Matrix 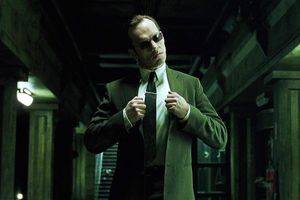