Dark and full of terrors

Too many parents react swiftly to a few scary headlines but don’t actually do much to educate their kids or have conversations about being a savvy digital citizen.

I love the sea. But I hate being in the sea. I love to watch its power, enjoying the rhythmic chaos from a suitable distance. I’m happy for those who enjoy it and have come to learn its ways and thrive around it. But I’ll maintain my respectful distance as best I can.

I wish more people would respect the internet in the same way.

No matter how polished and commercialised it has become, the internet is still a dangerous place.

Removing all of its dangers would be a terrible waste. We could use more protections, but we should never demand the fundamental freedom and open potential of digital systems to be undermined in the name of ‘safety’.

This week’s TikTok situation is an example of poor governance allowing horrors to bubble to the surface.

Facebook made the first error. A classic Facebook error. It was asked to stop a livestream of someone in danger of self-harm, and it said the stream did not breach its standards. The worst then happened, and the video was available for some time before it was finally reviewed again and taken down.

What made it a TikTok problem is TikTok’s algorithmic power. The thing that has made it so successful so quickly in the face of Facebook and Google dominance – its shift away from friend-focused sharing to algorithmic exploration – is what meant a video no one asked for could be pushed into their feeds and show them something they never asked for and something they could never unsee.

The trolls are still working hard to beat the algorithms that are trying to stop the ongoing distribution of this clip. AI versus human ingenuity (with access to digital tools that can modify and mask and manipulate to dodge automated detections).

Too many reports focus on TikTok. Yes, absolutely, avoid TikTok, encourage young users to avoid it for the rest of the week, and talk about the difference between FOMO and being scarred for life by images that could keep you awake at night.

But apply this same thinking to the idea that we should have a deep respect for how dangerous the online world can be. To build our digital street smarts and to embrace the positive power that lives right alongside the ever present dangers.

Too many parents react swiftly to a few scary headlines but don’t actually do much to educate their kids or have conversations about being a savvy digital citizen.

Use it instead as a reminder that there is a reason for digital vigilance, but also a reason to keep your conversations open with young people. That if they do make a mistake they should feel like they can tell you and not be in trouble for it. Let them express how they feel without fearing they’ll lose privileges because something was pushed toward them by a digital service that was more synonymous with dancing and comedy than graphic acts of harm.

Take care, look out for each other, and stay safe.

Just a reminder that just before Fall Guys launched yours truly had a great chat with two of the crew behind it all. Now it’s one of the biggest launches ever go back and listen to them before they were famous (just a few weeks ago).

Lazy mode this week (well, lazy-because-I’m-busy-preparing-next-generation-Byteside-excitement-for-next-week!) so here’s a reminder that there’s been great new episodes of Byteside, High Resolution and Jetpacks Are Overrated so go get them in your podcast apps! Search Byteside and you should find them all.

I knew someone would come along and apply more expertise to the ideas I’ve been trying to express lately. This is a great look at how both ends of fraudulent digital ads – dodgy ads and also fake clicks and fake ‘views’ and therefore inflated inventory – have devalued all advertising.

Australia is going to start investigating the Google and Apple app stores from the perspective of consumers, developers and suppliers.

That Series S is going to fly off shelves. I have little doubt most people will happily embrace the disc-free future and this looks like the perfect way to do it. Plus amazing subscription offers to buy from Telstra on a plan for less than $40/month including the Xbox Game Pass Ultimate game service.

Parents across Silicon Valley say they’re concerned they’ll be judged by peers who don’t have the same family obligations during work hours.

Direct, hands-on support for content creators has been part of the success of TikTok. And now it’s hoping that approach can help it survive a potential ban in the US.

Consumers don’t answer calls from unrecognizable numbers and often miss important information - Verified Calls aims to help solve this problem. It’s a very good idea, especially if they could champion a universal standard for the system.

You’ve listened to my podcast now? Great. Now read another story about how lovely it is for this indie team to have knocked it out of the park with this gorgeous and fun game. 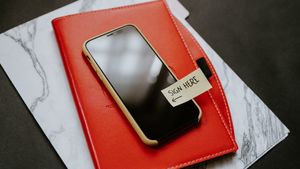 
The dark value of uninformed consent 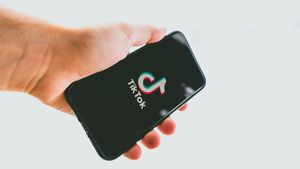