Some friction is good for you

the hunt for 'frictionless' interactions and interfaces misses an important fact: some friction is essential to making things that matter.

Too much friction is a hassle.

Too much friction slows us down.

Too much friction means we give up.

Too much friction gives you carpet burn.

Too much friction is bad for fuel economy.

From here we often leap to the idea that we need to remove all friction – from software, from processes, from our lives. Make it as close to zero as possible. But outside of the scientific pursuit of avoiding entropy in physics and engineering, I think we need to remember that some friction, the right amount of friction, is deeply important.

Some friction is the fundamental of becoming engaged in an idea.

Some friction is why vehicles work.

Some friction makes you stop and take notice.

Some friction means we feel sensation when we touch.

Some friction helps us to change our minds.

Some friction makes climbing, a mountain or a cliff, possible.

Some friction makes the climb worth it.

Dealing with friction is a search for the sweet spot. Not enough to become annoying or obstructive. Not too little that the world just slips past without a truly conscious thought. Just enough to keep us feeling like we’re progressing and motivated and challenged in all the right ways. Fight the bad friction, but embrace the good stuff.

The agony and ecstasy of Dolby Atmos

Byteside podcast: From old school cassette tapes to the latest in home theatre, we get a little audio crazy this week. Plus more insights into the new jobs at Byteside.

High Resolution podcast: Jasper Koning, Founder of Ronimo Games talks Blightbound, a dungeon crawler that looks like Golden Axe but might have more in common with Destiny or Diablo.

It makes sense. Microsoft has a wonderful advantage with Teams when it’s bundled with the ubiquitous Office. But I can’t help reflect on Slack’s 2016 full page ad in the New York Times welcoming Microsoft to the workplace messaging industry. That was the kind of “we’re not afraid of you” bravado that rarely stands the test of time.

Good. Patently crazy nonsense with incredibly harmful potential should not be casually entertained.

Speaking of, imagine spending the last decade eradicating parts of the world of diseases and then people come at you with all this insanity.

A fascinating gaming business idea - a subscription service to help people train to be better by analysing their performance compared with other players at other skill levels and offering suggestions for what parts of the game they need to work on. I love that it’s progressing from ‘cool idea’ to real business.

Teenager allegedly spends $20,000 of parents' money on Twitch donations without them knowing

Whether this is true or not… and it seems like it is a very sad story… it’s a reminder to keep credit cards under control and teach kids to understand money is very real even when it’s just numbers on a screen.

Playing Red Dead Redemption 2 during a pandemic is a surprisingly moving experience. The game is a haunting meditation on time, death, and the persistence of the past.

Just a rumour, but I love it. Imagine tapping a colour in a book or on a screen and then drawing with that colour on your iPad without 15 steps to get there and back again. Brilliant idea. Please, please, please.

Mies van der Rohe’s Farnsworth House has staged an installation that presents the house as it was decorated when its client Edith Farnsworth lived there. Great to see this iconic home the way it first looked – and such a timeless look it is! 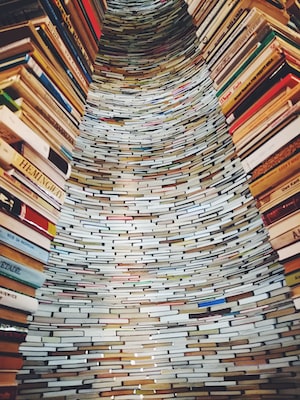 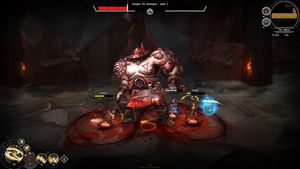