Should I Stay Or Should I Go?

How many straws can be the 'last' when it comes to staying on Facebook?

Long-time readers know I’ve really loved to hate Facebook for a long time now. I use it rarely, largely focused on the need to use it to connect with Irish family and to run social media for work efforts.

With this week’s news that Facebook has decided to drop climate denial in an ‘opinion’ bucket so it can ignore its own claims that it will fact check more content shared on the site, it felt like a last straw.

There’s been too many last straws already. You’d think its lack of action when it was used to incite genocide in Myanmar would be something of a wake up call. But it’s all been weasel words and promises for everything it’s done wrong over the past decade.

But I also think about the local D&D club I’m part of that organises its events this way. And the amazing fitness motivation group (just some nerdy industry friends, not a fancy fitness ‘group’) I’ve been in for years that helped me achieve my first marathon.

But staying feels like choosing to be complicit. That the darkening of democracy and the destruction of truth and facts where every insane theory is just as shareable as the legitimate work of great scientists… indeed more so, because the crazy stuff delivers the better ‘engagement’. The dirty word of our times.

Then today news dropped of advertisers starting to pull their dollars from Facebook due to the content they’ve started to realise they’re being associated with. Like the boycotts of YouTube when its algorithms were out of control, activists have started to ask big companies if they really want to be paying to appear alongside the fringiest of fringe theories and conspiracies.

Seeing people start to hit Facebook in the one place that it will actually pay attention to – its revenues – gives me hope. It makes me think that maybe it’s worth staying, and just to shout more loudly about what’s wrong there.

I’m going to start a long march toward an exit strategy. To rebuild better contact lists for friends and family, and to extract all the information and personal thoughts I have left there over the years. I’ll document what seems to be best practice for extraction along the way.

One thing I’ve already found: News Feed Eradicator for Chrome. It just makes your news feed disappear, and it instantly makes the site feel like a set of tools. Just the groups / pages you need and a search box to find something specific you came to find.

I’m still unsure of which way I finally tip. But I’m pleased to see real action targeting Facebook in a strategic way to try to force changes.

When people poke fun at Reddit for being a cesspit of bad content, it’s often from a place where it feels fine because they don’t use it themselves. But just like Facebook, Reddit can be whatever you need it to be if you use it carefully.

I’ve seen Reddit’s leadership do more to enact change over there than Facebook has done to deal with its own cesspit problems. Even YouTube has probably done more, even though it still has serious issues (it really hasn’t done much).

Starting next week! The Byteside newsletter will appear on Tuesday and Thursday, with occasional Friday editions. Excuse any teething problems as the routine shifts but I’m excited to ramp things up over coming weeks.

Also coming soon: referral benefits! Bring a friend and you’ll both have the chance to win something special. We’ll have a few such initiatives over coming months so get ready to find some friends you think will enjoy the Byteside vibes to get in on the action.

This story is a big part of what made me decide that we’ve hit ‘last straw’ time with Facebook.

Down the rabbit hole: how QAnon conspiracies thrive on Facebook

One of the weirdest conspiracy mobs out there that sits on the fringe of alien conspiracies and alt-right racism, and it’s becoming more and more mainstream, cross pollinating with anti-5G and ‘rona-is-fake type craziness. This story digs into how this is being spread with impunity on Facebook.

A #StopHateForProfit initiative has gained great traction in getting advertisers to halt ads while demanding better from the platform.

Verizon is also pulling advertising on Facebook until the company “can create an acceptable solution that makes us comfortable.”

If you want to help make the world better in these weird times, you could apply to do a Masters at ANU’s 3Ai and help set the rules for a more ethical future for autonomous technology in society.

Wrongfully Accused by an Algorithm

In what may be the first known case of its kind, a faulty facial recognition match led to a Michigan man’s arrest for a crime he did not commit. This is exactly why we need a new breed of tech leaders of the kind 3Ai is working to produce.

For our white friends desiring to be allies

Meanwhile, here’s a wonderfully direct lesson in doing more without asking your friends “how do I be a better ally?” and putting all the effort in their hands yet again.

Dozens of Women in Gaming Speak Out About Sexism and Harassment

There are now around 200 public allegations against figures in the games industry, from developers to streamers and other industry figures. Good. It’s time to do a lot more about what’s wrong with the games industry. Parental controls are great, but toxic communities and community leaders must end.

If it wasn’t the K-Pop stans then Trump has even bigger problems, but across many areas we’re starting to see amazing activism as K-Pop images overwhelm far-right hashtags online. Drowning out the shouty people with images of cool artists? Maybe the ‘more speech’ solution can work?

New features shine a light on weird little functions of apps, and TikTok is already ending a trick where it read your clipboard ALL THE TIME. How many others are going to be caught out on this one real soon? Shining a light wins again.

Microsoft is shutting down Mixer

The industry really needs a strong Twitch competitor. The fact that Microsoft couldn’t make it work is a big loss. Most of its big streamers only learned the news when the Twitter announcement went out. It was quite the grief-stricken reaction as things happened in real-time.

It’s selling its camera unit to focus on medical equipment. Perhaps the brand will remain, but the end of its 84 year era is this moment right here.

The Segway brand will no longer make its two-wheeled, self-balancing namesake. I always thought I’d eventually own a Segway. I remember the day Dean Kamen revealed his Big Secret Project to the world. I didn’t think it would change the world like some friends did, but this tech certainly took root in many other ideas out there. Would we have BB-8 without Segway? No way.

Aussie El Reg scribe Simon Sharwood bought some GateGourmet food because they’re doing some home delivery in the absence of flights to put food on. A fun little tale. 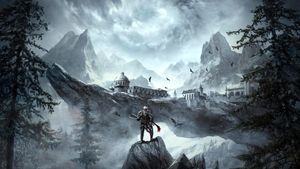