Hitting "mark all read" sometimes can be a liberating feeling.

As a writer about new things, there’s always quite the list of ‘new things’ in a backlog of things I wish I had time to write about but never quite find the time to do so.

This week I’m forcing myself to clear the bucket and start fresh.

I guess that makes for a nice alignment with the end of the financial year here in Australia too. Tie off loose ends, chase things that really need attention, then move forward with eyes firmly on the road ahead.

It’s a little scary, but the feeling once you hit “mark all read” is amazing.

Not long ago I reset my email accounts too. Living across four primary work addresses can get a bit crazy, but when I moved everything into Superhuman one part of an induction process they run (with a real live human, it’s pretty great) is getting you to archive everything and give yourself a clean slate.

In the past I’ve pulled that email trigger by moving everything into a ‘DMZ’ file, where I promise myself I’ll pick through for important things.

I’ve done it twice. Both times I never go back to it.

But it’s definitely important to just do whatever it takes to not get stuck in the rut of ‘catching up’. So forgive yourself, sweep all the digital junk into the bottom drawer – it’s all still there and accessible with a quick search if you ever need it.

Seamus Did This Too

Why Microsoft failed to beat Amazon in video game streaming

Last week Microsoft threw in the towel on its effort to take on Amazon’s Twitch in live game streaming, despite having better tech and more features.

I wrote this quite a while ago but it ran in AFR in early June. Just in case you missed it.

Get all the latest Byteside podcasts direct from your favourite podcast app! There’s new episodes every week from our top shows:

I’m sure many, many, many people will trash Apple for a ‘nickel and dime’ attitude if this is true. But how many spare USB chargers do you have in your office? When considered with the idea of an add-on purchase of either a ‘standard’ or ‘fast’ charger at different prices – that you will not need to buy every time you upgrade a phone – I think it’s a solid step forward in the fight against the growing e-waste problem.

It’s an interesting signal. If the future of the news relies on subscriptions, building better 1:1 relationships with every reader is critical. So it makes sense to do less aggregation as an organisation and try to bring readers to you more often.

The crossover between sports and esports investment continues, and big faces like Becks will have an interesting effect on how people see the legitimacy of pursuing esports as a business.

Last week we lost Mixer, and in a way it must have been music to the ears of Tencent with plans no doubt well underway for the US launch of its Trovo game streaming platform. But as my column at the AFR suggests, you have to build communities, not just throw money at streamers. How can you encourage viewers to make the jump? That might be a bigger and bigger question long term.

Seems there was a lot of rethinking at Microsoft late last week, with retail stores also set to close. The Sydney store gets a mention in this line:

“The company will also reimagine spaces that serve all customers, including operating Microsoft Experience Centers in London, NYC, Sydney, and Redmond campus locations.”

Virtual conferences mean all-access — except when they don't

Good piece looking at the great improvements to accessibility and equity of access through the online tech conferences this year, with a specific look at Microsoft’s Build and Apple’s WWDC. But where there are big wins for the opportunity to access what is happening, there’s losses w

The end of WWDC marks the end of Big Tech’s conference season. What did this virtual experiment reveal about the meaning of community?

Netflix has close to 60 original titles heading to the platform in July. 60! That speaks to some seriously long-term planning to have such a big slate of shows ready to roll in the midst of all else happening in the world right now. And surely if they were worried about the pipeline they’d be slowing down a few releases to keep some fuel in the tank?

Hard truth about Facebook ad boycott: Nothing matters but Zuckerberg

A lot more companies joined Facebook ad boycotts over the weekend. Coca-Cola, Microsoft, and more. Turns out the top 100 brands are only about 5% of revenue for Facebook. But perception matters too, so the visibility of a campaign might be enough to push some real action onto the agenda?

A really interesting look at the journey toward “Apple Silicon” in new Macs later this year, and why it is important. Not just in a looking forward sense, but what it says about its approach to engineering over time.

This is very useful if you want to share YouTube videos but didn’t know it was possible to do so while disallowing tracking codes (I didn’t!). With the removal of tracking codes comes a leap in page performance. Win win.

A real-time circuit LED map of the London Underground

Here’s a circuit board that shows real-time positioning of trains on the London Underground network. I just adore it. I want it on my wall. Seeing a real-time API used like this would make me feel better connected to a city I know I won’t get to visit again anytime soon. 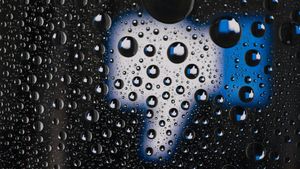 
Should I Stay Or Should I Go?