The big questions about facial recognition technology have been coming home to roost.

Boy did that change this week.

With all the Black Lives Matter protests doing so much to expand the horizon toward all the ways that the system is stacked against them, we’ve seen IBM, Amazon and Microsoft all end agreements with police forces to allow use of their facial recognition technologies. Some say they may resume once there are US federal laws in place to put better protections around this stuff because right now? There’s bugger all to prevent serious abuses… just one of many parts of where we find ourselves right now…

Amazon also owns Ring, the smart doorbell camera system company, and Ring has been called out for straight up giving access to cameras owned by customers to law enforcement – with zero permission from the owners. As far as I can tell, Ring remains silent during this time.

During the protests, requests have increased to protect the faces of protesters when people are sharing footage or photos, and some social media tools have even added features to make it easy to block faces.

I’ve been torn on the issues around social media services for a long time now. But right at this moment it’s clear that social media has proved its opportunity to make the invisible visible through easy photo and video sharing.

One person shot a video of George Floyd being murdered by a callous police officer who denied the cries of his victim and the gathered crowd that he was killing the man. That 8'46" of footage triggered the biggest ever Black Lives Matter movement because it could be shared online with little fuss, and it could be shared rapidly between people directly.

A news producer could have easily decided it was ‘yet another’ video of a certain kind. The effort to try to explain its newsworthiness might have been too much for a random member of the public.

And all that has happened since? Again and again the evidence has shown a US police force in need of better oversight, and one that shows a disregard for the rule of law and the freedom of the press.

The biggest issue with social media remains its poor management of wildly inappropriate content and disinformation campaigns. And showing a flagrant disinterest in fixing these issues. Twitter has started to take more steps, which isn’t cause for rapturous applause but it speaks to (hopefully) a growing effort to do more. Facebook? Zuckerberg has moved into the oligarch phase and just wants to appease Republicans.

Pictures can lie now. We must be vigilant to review and vet what we see to be sure we can believe it.

But in such a contested time it’s so important than visual truth can be shared so quickly to so many. Let’s hope this plays out for the betterment of society this time around and doesn’t just devolve into a more refined version of more disinformation and more disenfranchisement.

That part takes more humanity than tech. But the tech helps to open more eyes wider than they’ve been opened in a long time.

U.S. police have attacked journalists at least 140 times since May 28

“Although in some incidents it is possible the journalists were hit or affected accidentally, in the majority of the cases we have recorded the journalists are clearly identifiable as press, and it is clear that they are being deliberately targeted.”

It’s a funny idea – “Did you even read that thing you’re about to tweet?” – but it might just be one of the most important updates in years.

Google got rich from your data. DuckDuckGo is fighting back

I’ve been using DuckDuckGo as my main search engine for about 18 months and it’s very rare I need to try again in Google to find what I wanted. And it isn’t even using personal data to be good at search!

There’s been a lot of removing old comedy shows because of blackface in recent days. I think funding new content that promotes new voices is the even better path forward. Don’t try to feel better about your service because you deleted something. Do more to promote unheard voices!

Instagram just threw users of its embedding API under the bus

A court case is underway and in its midst Instagram stated an argument no one expected. If you use the very readily available embed option on Instagram, you still need permission from the photographer before you use it…

Firm’s plan to replace editors with AI backfires after wrong image of musician is published, followed by a series of messages about how the AI might override staff attempts to remove this very Guardian story if it was automatically published into MSN’s website…

Twitch streamers used to feel comfortable live streaming while listening to music. Now a wave of copyright notices have ended that and have targeted content from years of old clips (and the clips aren’t even made by the streamers themselves). Twitch is trying to fix it, but it’s quite the kerfuffle.

Massive kudos to Australian app PocketCasts for refusing to censor podcast listings to remain available in China. It let itself be removed from the App Store rather than do what China demanded.

Electric Cessna lifts off as the world's largest zero-emission aircraft

The future of aviation is looking a little greener today with a nine-seat Cessna aircraft fitted out with an all electric propulsion system successfully completing its first flight, marking the maiden voyage for the world’s largest electric aircraft.

Music and science come together in this amazing video to create an electric live-performance of Toto’s “Africa,” made entirely with Tesla coils. 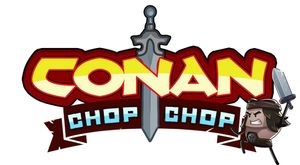 
Cancelled, censored, and replaced by robots 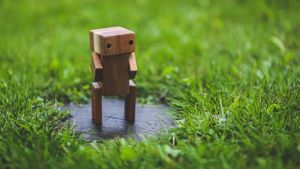