Market domination puts the rest of us in cultural hot water while the big players buy and sell the hot tub.

A fascinating week on many fronts. Big moves happening in podcasting, which I watch with both professional and personal interest. Joe Rogan signs an exclusive deal with Spotify which pulls back the curtain on Spotify’s intentions to win a major slice of the podcasting market. But if it wins, what does that mean for open podcasting?

I don’t think it should ever be treated as naive that I lament the slow decline of open standards and an open web. OK, open standards are strong. But the effort to undermine them in the name of control is the big problem.

Google and Facebook are not really in hot water when it comes to debates over their dominance. The rest of us are in the water, they’re the ones who own the swimming pool.

What we need to do is learn lessons and be ahead of the curve when people make moves to dominate slices of the media market.

As a big advocate for the theory space around media ecology, we have to better grasp that the media is now fundamental to civilised life. That means how the medium is managed changes society itself. If you can’t see how Google and Facebook have reshaped how our public discourse works today, you’re not really paying attention.

Podcasts based on the open system of RSS can be played on any open podcasting app. Spotify exclusive shows will not be podcasts. But if the word ‘podcast’ becomes synonymous with listening to talk content on Spotify, then the open system dies.

Now there’s also word that Apple is moving to acquire and/or produce exclusive podcasts. Apple has been a tremendous custodian of the open directory of all podcasts, which is what most every podcasting app uses as a canonical reference for show information. The idea that this custodianship could shift toward a more closed arrangement? It’s business. But it’s bloody sad.

I really enjoy making audio content, I hope that side of what I do keeps growing at the fantastic speed it currently is, and I hope I can monetise it sustainably. Same goes for my attitude to this newsletter!

If someone walked up to me and said “here’s a few million, please do all your stuff exclusively for us” I’m not an idiot. I’d say yes. But I hope in the long run that the balance is maintained when it comes to how we access this stuff.

I even feel naive writing the words. But I’ll stick with hope-filled pessimism for now. We can do better. We can build better. And hopefully we can rein in the juggernauts and ward off future monopolists in the media landscape.

Media diversity and the ability for new voices to not have to ask permission to shine is utterly important.

That’s it. That’s why I care. It’s not my personal journey. It’s the future of access to distribution through open online media.

Facebook was created under that wonderful age of the web where no one had to ask permission to build something that could connect the world. But now? There’s a lot more gatekeepers, and Facebook or Google or Spotify… or maybe even Apple… might just swallow anything that shows any sign of growing to a degree that opens a new market outside their control.

Aggregation is great for us users until it reaches a scale where it controls the lion share of information. Then there’s a sense of stifling and a concern we’re not able to see everything we’d like to see. If there’s no more competition we’re not even sure where to find the things we wish we could still find outside the aggregator.

Subvert the mega-aggregators where you can. I use DuckDuckGo as my main search engine these days. It’s remarkably good for a privacy-first search tool that has built its own index of the web. Funnily enough, it aggregates its index from hundreds of other sources as well as its own crawler. But its mission is more of a social enterprise than a “take over the world” one, so that’s good.

If nothing else, look for the cracks. Think about what’s missing alongside what’s there. Hopefully if more of us do that we’ll spend a little more time using tools and services that are trying to carve out their own sustainable angles and won’t decide to just sell to the big guys.

Y'know, unlike me. Want to buy Byteside before it’s too big? Call me.

Let the memes save us

Byteside podcast: Loving the memes right now, and find they help take the edge off a tricky time. But can we please stop trying to turn everything into a meme factory?

Gaming under a spotlight, with Grace Watkins, Click Management CEO

High Resolution podcast: Grace Watkins talks to Seamus about Click Management and their effort to grow a team of Aussie gaming influencers and content creators.

Jetpacks Are Overrated podcast: Alex Wilson from Yubico talks about the issues with dealing with passwords and how little physical keys like Yubikey can save us from password hell.

A City Locks Down to Fight Coronavirus, but Robots Come and Go

Like many other places, a community 50 miles outside London went into quarantine. A fleet of delivery robots has been helping with the groceries.

The confessions of Marcus Hutchins, the hacker who saved the Internet

Great feature at Wired! At 22, he single-handedly put a stop to the worst cyberattack the world had ever seen. Then he was arrested by the FBI. This is his untold story.

What happened when I switched from Macs to Windows

A nice personal journey in what was good and what was awful about moving from Mac to Windows. I work on both every single day and I vastly prefer my Macs. If only DirectX 12 gaming was possible on macOS…

A pizzeria bought its own pizzas and made money because delivery services are weird.

Well played, store owner, for testing if it was as crazy as it sounded. It was. He made some money. How long until most of these services go bankrupt?

Everything OK with Microsoft? Windows giant admits it was 'on the wrong side of history' with regard to open source

At its Build conference it also announced a Linux-kernel for Windows 10, which is a fascinating move but in step with its increasingly excellent attitude to being platform agnostic – and now a more agnostic platform?

Good write up on the question of Giphy data given it’s built into so many other apps and services now. The good news is that lots of those have been pointing out how they strip the Giphy tags so that your privacy is maintained. But stay vigilant.

Joe Rogan is making his podcast, The Joe Rogan Experience, a Spotify exclusive. Starting later in 2020, he’ll no longer post full episodes to YouTube or other podcast players and will instead only publish that content on Spotify.

Apple Inc. is ramping up its push into original podcasts by seeking an executive to lead the initiative and buying shows that would be exclusive to its services.

The coronavirus pandemic has given rise to a new wave of viral disinformation, and anti-vaccine advocates are on the front lines.

The biggest social network in the world has the wrong idea for how to fight Covid-19 conspiracies.

The Empire Strikes Back gets a modern trailer upgrade

This fantastic fan-made recut gives The Empire Strikes Back the modern-style trailer it deserves on the film’s 40th anniversary.

4/10 - Cut & paste your surroundings to Photoshop 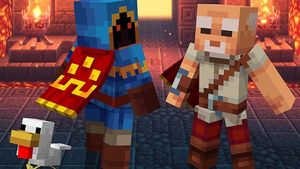 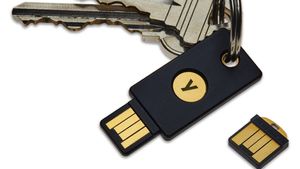