Last night my kids and I were just meant to play a little bit of Dungeons together on our Xbox One S. Just a quick run through a zone and then off to bed, alright kids?

Two hours later we had scoured every nook and cranny, found every secret door and every hidden chest in an area we probably could have cleared in 10-15 minutes if we'd just mainlined it. But with every step the game revealed itself to be a fabulous 'Diablo for families' experience that will get regular play for months and maybe years to come.

There's so much to be said for elevating 'kid friendly' games toward the best game mechanics in the business. Nintendo certainly does it like no other, but the wider industry often thinks that you can't make something for those under 12 and still include advanced game mechanics of any kind.

Minecraft has shunned this idea since its earliest days, of course. It is simple on the surface and quickly offers deep building and crafting systems to those looking for details.

Here with Minecraft Dungeons, Mojang Studios and Double Eleven have built a full fledged action RPG with a gorgeous Minecraft skin. Starting with simple characters, the levelling, the equipment drops, the enchanting system, they all work together to get you thinking and rethinking character builds in search of optimised carnage.

The game flows smoothly on Xbox One, and local multiplayer was a joy. There's no fighting for loot here, which is a plus or a minus depending on your outlook. Every drop is reserved for specific players, and the emerald currency is evenly distributed each time it drops. I really wish there was loot trading system, though, as there was jealousy amongst the troops when someone else got a drop they didn't need while someone else was desperately trying to target a tankier build to play up front while another was keen to be a ranged attack specialist.

The general vibe of drops through the first play through are very hit and miss. When you start buying random items from the village vendor and it says they'll be 'level appropriate', people often find themselves receiving useless items well below the level of their current best items. It's actually more of a disappointment for the younger players, who again would dearly love to be able to swap with each other to get the gear they want.

There's a fun story to play through – indeed some might find themselves wishing there was a lot more story. But it's a complaint based on how nicely the story elements have been put together. It would be great if they lasted longer. Instead, the game speeds you toward the adventure mode where you can start to level up the challenges and in the process find cooler items and tougher enemies to deal with. Yes, just like Diablo.

As much as those gripes about trading and overly randomised loot are very real, Minecraft Dungeons has given us a new environment that is familiar to Minecraft fans that takes them toward new styles of gameplay. This is a gateway game for the hardened young Minecraft fan to open their eyes to new styles of fun.

If Minecraft Dungeons as it stands right now is all we ever get, it's a nice fun ride that will wear eventually feel a little tired, I'm sure. We are yet to head into its hardest levels of difficulty, but it is the discovery and customisation that attracts our merry band to play. Once items, enchants and artefacts become largely a known quantity it won't be quite so fun.

But I can only imagine Mojang has expansions and updates in mind. And with that idea that this game is likely to be well supported into the future to keep it evolving and fresh, and potentially solving some of the gripes that exist, I think Minecraft Dungeons will see a long life in many households for many years to come.

We received a free review code to access the game ahead of launch on Tuesday, 26 May. It will be available on Xbox GamePass, or for direct purchase via Xbox One, Playstation 4, Windows and Nintendo Switch. 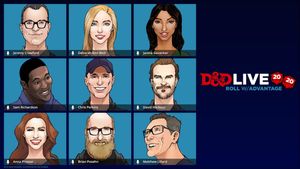