It’s been 8 years since Douglas Rushkoff wrote Program Or Be Programmed, one of the clearest discussions of the whole question of the good/bad of technology in society today. Or rather, why that’s the wrong binary to consider.

Rushkoff instead explores ten ‘commands’ we need to understand to help us focus on taking control of the way we use the network technologies in our lives.

“The real question is, do we direct technology, or do we let ourselves be directed by it and those who have mastered it?”

One part of the discussion is the idea that we must be careful not to have future generations growing up with a sense that the media they’re using online – Facebook, TikTok, Twitter, whatever – is the ‘natural order’ of things. That these are all shaped and created to specific ends, and that we all have the power to create our own tools and to control how we use the online space.

The magic of digital, after all, is that we don’t need permission to use the network our own way. We can learn to code our own path.

Ensuring we, and our families, grasp that technology is a set of tools is critical. A wonderful, delicious, amazing set of tools, but they are not The Immutable Way Things Are. Remember there’s code under there, and the code is written by humans (or AI directed by humans) in a very specific way.

I’ve just finished an interview with Siobhan Reddy from Media Molecule about the new Playstation game Dreams (it’ll be live later today on Uplink, and next week on High Resolution). It’s a game, but it’s also a creative toolset. You can just play it, and you can play things made by others, but it’s an amazing tool directed toward reminding people how much creative potential lies in us all.

That’s the kind of tool I’d love to see more of. Things that unleash our positive, often untapped creativity.

It was a reminder that, thankfully, there’s still plenty of space out there for positive people to make positive tools for us to enjoy together on the networks.

Remember to put tools to use your own way. Don’t let the tool be someone else’s hammer while they treat you like the nail.

Inside the Fortress: behind the scenes ahead of launch

Seamus visited the construction site of Fortress Melbourne to talk to the CEO and the local boss of Alienware ahead of the venue’s launch in early March.

Zen and the Art of a missing MWC

We’re back and full of boardgames

The Game Table returns for 2020! From letting some version of Risk into your house, to learning the ropes through a good YouTube channel, and the good and the bad of videogame tie-in boardgames!

Bring me the head of 5G! Here’s Harvey Wright from Optus

There’s still a lot of confusing around what 5G is up to, how it fits together and when you should upgrade. So we went to the Head of 5G, Harvey Wright, to ask him the big questions and paint us a clearer picture.

Wikipedia is the last best place on the Internet

Written by Richard Cooke, a great Australian journalist. I get into so many weird discussions around schools telling kids not to use Wikipedia. But it’s one of the most amazing tools every built online!

We always tell the kids it’s a great place to start research, but a bad place to end it.

Other tools changing the world

This could be Microsoft's most important product in 2020. If it works.

Speed and trash talk: Inside the 'new chess culture' and its online revival

Grandmasters and upstarts are reinventing the game online and in livestreams, becoming its most visible ambassadors and arguably its first entertainers.

The messy, secretive reality behind OpenAI’s bid to save the world

The AI moonshot was founded in the spirit of transparency. This is the inside story of how competitive pressure eroded that idealism.

Pay up or we’ll make Google ban your ads

In this scam, the fraudsters demand bitcoin in exchange for a promise not to flood the publisher’s ads with so much bot and junk traffic that Google’s automated anti-fraud systems suspend the user’s AdSense account for suspicious traffic.

Did the early Internet activists blow it?

These days, I often hear that the internet has allowed too much free speech. But I can’t get used to that idea.

The aftermath of speaking out about Uber for Susan Fowler

In her new book ‘Whistleblower,’ Susan Fowler reveals what happened after her blog post about gender discrimination at the startup went viral.

Facebook is designed to make you anxious, depressed and dissatisfied. Small wonder that people who quit using it report higher levels of life satisfaction and lower depression and anxiety.

“The best minds of my generation are thinking about how to make people click ads… That sucks.”

“It’s incredible the sheer speed at which lies travel, particularly when they’re targeted at groups,” one fact checker said.


Inside the Fortress: behind the scenes ahead of launch 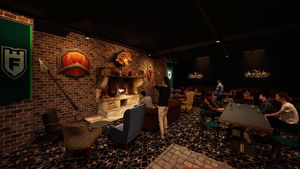