While reality TV shows get dissected in microscopic detail, game culture is relegated to the kids table regardless of how big it has become.

I spent last weekend in Melbourne attending the AO Summer Smash, a Fortnite competition run by Tennis Australia at the Australian Open.

It’s in its second year, and Fortnite is in its third year of wild popularity. Arguably, the game isn’t as big as it was this time last year. But it’s still a very popular game-slash-gathering place for gamers of many stripes and many ages.

Talking to Mark Reidy, the event organiser for Tennis Australia, he sees the event as a great fit in their mix of entertainment around the summer of tennis. Music acts, bars, great food – and gaming. He says it brings out a demographic that wouldn’t normally engage in the event, and gives an added buzz to the final weekend of the event.

You see a lot of parents bringing their kids and teens along, and the moment they walk through the doors of the arena they have an ‘Aha!’ moment. They’ve just never seen this community before. Yes, it’s a digital community coming together for a rare public event. But it’s also a community consistently sidelined in mainstream media.

On any given weeknight, there are now millions of perfectly normal people sitting down across Australia to play their favourite games on their big fancy TVs (instead of turning on a broadcast). Fortnite, Destiny, Call of Duty, Borderlands… yes, largely a lot of games that skew toward shooting each other in the face. But all are games where people hang out in virtual spaces, chatting with friends about life while chasing down objectives and having fun together.

TV, radio and news outlets still relegate gaming to one or two niche pages, if they give it any coverage at all. Meanwhile, last night’s reality TV shows get dissected in great detail as if they’re the most important aspects of our shared culture.

It’s broken. For some reason, if it’s digital, it doesn’t count.

I’ve been unable to shake one awful question I was asked during an interview on Sunrise last year. I was in New York, covering the Fortnite World Cup – a US$30M tournament that made a long list of teenagers millionaires for being the best of the best.

To paraphrase: “What would they do with that money anyway given they stay in their bedrooms and don’t know how to talk to people?”

I caught my breath quickly enough to reply that these ‘kids’ are athletes. They have coaches, managers, nutritionists, and they’re also celebrities with fan bases in their own right. They are talented and smart and, largely, they’re vastly better role models for our kids than footy players and cricketers.

They are not a novelty that deserves to be dismissed so casually.

The more I think about it, the more it feels like an intentional defensive position from old media to push back against the new. They want to sell the idea that if they’re not the ones mediating the cultural experience, then it isn’t mainstream. If they can’t be the middleman, they don’t want to encourage people to visit that ‘other’ place and maybe never come back.

Of course, it’s generational. But it really shouldn’t be. It dazzles me that TV, radio and news outlets can’t see that a refusal to engage with the leading cultures of today will see them fade away.

In the US, newspapers are hiring incredibly talented digital culture reporters. Taylor Lorenz is one of the best, formerly of The Atlantic, now at The New York Times. Zeynep Tufecki is another. They write amazingly insightful reports on what’s happening online and it isn’t treated as some weird alternate reality.

They offer some of the most valuable reporting around events like the Christchurch massacre, or the Hong Kong protests, or the rise of TikTok. They don’t treat the digital origins and elements of these moments as central to understanding how the world is changing.

Here in Australia, there’s a cork in the bottle. It’s all happening around us, and in the thick of actual society – as new esports bars and live venues emerge (more on that next week), and as major events see the tourism value in including gaming at their venues.

The missed opportunity for local broadcasters and outlets is like a cork in their bottle as the future shakes them hard. Will they ever embrace these cultures as part of their future? Or watch them shatter their very existence?

We’re all in the bathroom filming ourselves

This is a solid example of what Lorenz brings to bear for NYT. Examining the finer details of what’s happening in digital culture. Not to poke fun. Not to rubber neck. To explore, understand and feed our future a sense of the history of this moment.

Tech in 2020: Standing on the shoulders of giants

A fantastic presentation by Benedict Evans. He goes deep and detailed on a similar view I’ve shared here in the newsletter recently that we’re heading into a new era as we reach the ‘end of the beginning’.

Google Maps’ biggest moments over the past 15 years

Happy 15 years of Google Maps! Never forget that it all started here in Australia! And remember to update your app - lots of new features are launching in line with the anniversary.

Jason Snell does a great job compiling a ‘report card’, as scored by a large number of Apple-centric journalists and podcasters. Worth a read.

Can Silicon Valley be more ethical?

An interesting look at how companies have been hiring ethicists… but not necessarily giving them the power to change anything.

The app that broke the Iowa caucus

Democrats desperately need to win the internet to beat Trump. Their first big test was a massive failure.

Microsoft Teams goes down after someone forgot to renew a certificate

Even the biggest companies can forget to do the basics. MEGA OOOOOPS!

Recently, a clever user took a bunch of smartphones using Google Maps into the street to “hack” the platform into showing a virtual traffic jam.

It’s the fourth podcast deal Spotify has done in a year. I hope Spotify maintains its position that all podcasts should be freely distributed via RSS alongside their ownership. Timed exclusives feel like a good balance when they do want to give themselves an edge with the producers they own? 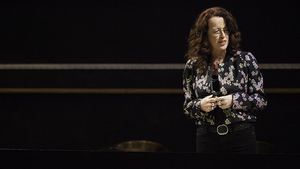 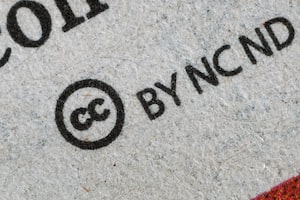