There's a lot of social and cultural shifts that need to happen to prepare for more remote working activity.

Mobile World Congress has officially been canned for 2020. It’s a hell of a thing to call off one of the biggest conferences out there within two weeks of it taking place. So much already invested. So much lost for the beautiful city of Barcelona when the masses do not descend.

What it makes me wonder about, though, is the nature of needing to be there in person to see what’s new. I’ve been to MWC a bunch of times. It’s great. But do all the tens of thousands need to be there in the flesh? Is there a better way to get what we need without turning up in person?

It’s wildly complicated, of course. But it’s a reminder we are a very long way from using all the great online conferencing technology we have at our disposal to hold meetings and conferences while remaining physically dislocated.

Part of it is social. We do need certain levels of real face time to build rapport and grow trust. Even for bouncing ideas efficiently. There’s an innate need for proximity when we’re trying to do important things.

And as a work from home guy, and largely a happy hermit, I can admit that it’s hard to be alone all the time.

But part of it is cultural. We’ve just not really made a commitment to remote meetings and built better work practices around what it means to join a video call and to give full attention to a meeting if we’re not physically present.

I’d love to see more Australian press events offer to let me attend via video link. It’s very hard for me to take 5 hours out of my day to travel to a 2 hour launch event. But I’d love to see it happening in real time, and to ask questions, and not just get the press release later because I couldn’t be there.

Major events like MWC are a lot more than a glorified press conference. There’s a LOT of big business taking place in meeting rooms, restaurants and bars all over the city. A lot of very important, very real handshakes sealing deals.

But I think there’s more cultural stagnation involved with the slow adoption of virtual presence at such events. I’d love to see an army of telepresence robots like Double letting us login and explore events from afar. To get *most* of the value, and perhaps find out who or what it is we then really do need to catch up with more personally another time.

For now, a few video links at press events would be a good start.

Enjoying the Byteside newsletter? Please share it with friends or colleagues you think will enjoy it too! It’ll help the project grow so I can sustain these efforts long-term.

My latest Uplink podcast, a great conversation with Genevieve Bell on a recent visit to the new engineering school she’s building from scratch, 3Ai.

Find ‘Uplink’ in your fave podcast apps and Spotify.

This week’s Byteside podcast with myself and Nic Healey talks about Melbourne dominating the esports landscape, plus we look at the Oscars, PTSD for Facebook and YouTube moderators, and a dash of Safer Internet Day advice.

Find ‘Byteside’ in your fave podcast apps too!

Me at The Esports Observer, on the deal that takes IEM from Sydney to Melbourne. A big loss for Sydney fans, a big win for Melbourne’s ongoing effort to dominate esports business and tourism.

Mobile World Congress (MWC) has been canceled due to concerns over the spread of coronavirus. GSMA, the organizer of the event, had been hoping to keep MWC going, but dozens of exhibitors withdrew over health concerns for employees and attendees.

The CIA secretly bought a company that sold encryption devices across the world. Then its spies sat back and listened.

An incredible piece of reporting. Half a century of deception revealed.

False information fuels fear during disease outbreaks: there is an antidote

Misinformation spreads fast when people are afraid and a contagious and potentially fatal disease is frightening. This provides the ideal emotionally charged context for rumours to thrive.

A few years ago Soundcloud was on the ropes. Really glad the platform is finding its feet, and solid new investment to drive it onward.

Entrepreneurial kids have figured out the future of the thrift shop: Instagram comments.

It began online as an intricate, if baseless, pro-Trump conspiracy theory. Now it has surfaced in political campaigns, criminal cases and a college classroom.

Netflix Spends Big for Oscars—Will Hollywood Give In?

With lavish parties, huge billboards, and screenings around the world, awards campaigning may never be the same.

Ransomware operators stealing data before they encrypt means backups are not enough.

NSW and Victoria jumped 1.8 metres north at the start of the year

We don’t think about continental drift in the context of GPS accuracy. Yet here we are in 2020, living 1.8M further north than in 2019. On New Year’s Day, NSW and Victoria jumped north by 1.8 metres – while the rest of the country remained firmly fixed in place. 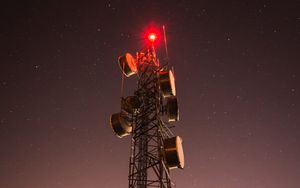 
Bring me the head of 5G! Here's Harvey Wright from Optus 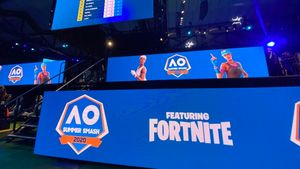