Let's start at the end. Looking back on Hearthstone's Year of the Dragon, for the general mid-tier player (like me), the game has had its best year yet.

Let's start at the end. Looking back on Hearthstone's Year of the Dragon, for the general mid-tier player (like me), the game has had its best year yet. Entertaining expansions,  a more agile approach to nerfs – and buffs – and a smart distribution of events and adventures to keep things fresh for more weeks throughout the year.

The Galakrond's Awakening Adventure takes us back to the style of adventure we last saw in 2016 with One Night In Karazhan. It's wild to think it's been so long! But anyone wondering if Hearthstone just ran out of ideas can set their fears aside. The Awakening turns out to be the perfect finale to the game's ambitious shift toward telling a year long 'story' through the medium of digital cards. And holds to the classic idea that they've taken a past format from the past and imbued it with many lessons they've learned since last using it.

I had the chance to play through the entire adventure ahead of full release and the journey was so much more than I expected it to be. You can get all the card breakdowns and meta discussions elsewhere, but for Byteside I've focused on playing through everything in Normal mode to see what the story delivers.

Ever since the earliest days of Heartstone the team has talked of giving players 'story moments' through the game. That was really about how games play out in exciting and fun ways, and that random factors create tension to deliver unexpected fun.

But here in Galakrond's Awakening, Hearthstone leaps into actual storytelling – and does so with panache. I never expected a Hearthstone experience to deliver actual story beats, with so much voice performance you could probably paste it all together to release an audiobook of the events that take place.

The adventure is split into two halves – the EVIL and Explorer paths. It feels a little confusing to not be given a suggestion of which side to play first, as the stories do entwine in ways that make certain story points appear unexplained on one side while getting the full story from the other. Having taken the journey, I'd suggest playing the first round of each side before playing the second, and so on, as that will align each game with the opposing story to see how each moment fits together.

In Normal mode, every game is a custom deck featuring a significant character from the stories we've seen through the Year of the Dragon. Many characters get their moments, and many fun new Hero Powers have a moment to shine.

Opposing characters go through various dialogue moments, triggered by start of game, by certain turns, by reaching health numbers, or even by certain card interactions that on some plays you might not even see – it's well worth taking a slow run through after your first to make a game run long to see what you may have missed the first time around.

Some matches are fast and fun with wildly overpowered decks at our disposal, while others do offer surprising challenges. And if you've enjoyed the characters Hearthstone has created over recent years, there are so so many moments that make this truly feel like an Epic Finale to a TV series – with high stakes for all involved.

Hearthstone concludes its best year yet with a fitting final chapter. It's exciting to think about what's coming next. I wouldn't be surprised if they don't make another grand sweeping story this year. I can only imagine it took a great deal of work to pull the Year of the Dragon off in such style.

But I really, really hope they do.


What Is Time Worth To Me? 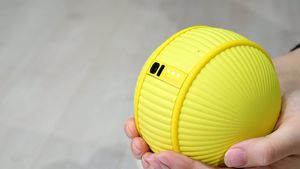