Too much tech keeps aiming to solve small problems. We need big solutions for the world and in our homes.

I watched some keynote presentations at CES 2020 from afar. In the midst of the summer fires, so much of the glitz and hype feels plain wrong.

But it’s not really the fires that make it feel wrong. It’s not ‘wrong’ in a moral sense. But thinking back to tens years ago, what seems out of place is the continued drive to focus on hardware when it’s software that now rules the world.

The problem I see stems from a demand to have shiny new things to show us every year. There’s new capabilities and features being added to our existing devices that make them far better than ever before, but most companies don’t think that makes for exciting stage presentations – even if Apple WWDC might suggest otherwise?

So many promises of how the next thing will make our lives better. Save us time. Improve our routine. Help our productivity. Send us for pleasant walks in the park. Take our minds off the tricky things in life.

The phrases are the same phrases year after year. CES after CES. Are we all just using tech wrong if we don’t feel like it’s been achieving any of these goals?

We see lots of concepts aimed to excite us about what’s “just around the corner”. But a lot of it doesn’t seem to solve problems we need solutions for. Again, actual solutions are coming from software.

Example: cute little household robots that follow us around, like pets except seemingly even more desperate for our attention. But almost everything they offer to do for us can be done by a set of smart speakers that don’t need to move around, don’t need to negotiate stairs or carpets or actual pets or any other things that exist in real life but don’t exist on a CES stage or in the gorgeous demo video homes we are presented with.

I sound more frustrated by CES than I really am.

There’s still a lot of fascinating new gear appearing there. A lot of it serving niche needs that won’t make all of the money but will help people with special needs to have tech make their lives better.

It just feels like the biggest song and dance is trying to chase the magic that happened in the last ten years – an absolute revolution in hardware. But we must solve new problems with the best solutions available.

Maybe that means less new ‘things’ and more new features. Features we really need, not features that feel like they will shift new hardware units or make for good stage demos.

But most importantly, designs that think past the next year, the next quarter, the next earnings call. Things that know where society is heading and aim to set a better course toward 2030 and beyond.

I’m a massive fan of The Long Now Foundation, where they explore ideas that speak to humanity’s existence on a 10,000 year timescale. It’s really important we think about a bigger future, and that tech can play a role in taking us there.

I guess maybe it does have something to do with the fires in the end. Ignoring our long future is how got into this other mess we’re in too.

10 tech resolutions for a new year and a new decade

From specifics like email to backups, to big issues like reading deeper and rediscovering boredom. Here’s 10 ways to fix our tech usage in the 2020s.

How Bob Ross saved my sanity

LIFX is an Aussie success story. I interviewed its CTO about the journey from basic controllable LED bulbs toward a more complex smart lighting ecosystem.

Check out the big lists of coverage at the big tech sites:

It seems weird and new on one level, and then reframe it as the birth of next gen media companies - teams of reporters / presenters working together under a new masthead / network brand - and it makes all of the sense.

“People have to clock in and clock out even when going to the toilet and explain the reason why they were delayed, which is embarrassing and humiliating.”

This is brazen. This is appalling. This is Facebook.

As past identities become stickier for those entering adulthood, it’s not just individuals who will suffer. Society will too.

How social media has changed in the past decade, according to its influencers

From Jake Paul to iJustine and Nerd City, NBC News spoke with more than half a dozen content creators about how the last decade of internet culture has evolved.

iPhones, Samsung Galaxy, and more: the 100 gadgets that defined this decade

2020 marks the end of the decade. From Apple’s iPhone to the Amazon Echo, which tech devices made the biggest difference in the 2010s?

The 84 biggest flops, fails, and dead dreams of the decade in tech

A great list of big moments in things that went wrong for the tech and media world in the past decade. Some just amusing, others deadly serious.


We Can't Do Everything 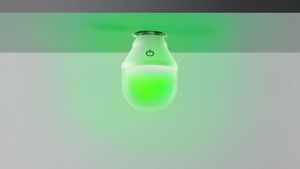