We Can Be Better

There’s so much ‘bad faith’ argument and activity in the world right now. So few political leaders actually doing any leading. Most just doing a lot of protecting and avoiding. It’s bollocks.

But this week it’s been great to see Cannon-Brookes and Twiggy Forrest get behind an amazing solar export project – to build the biggest solar array ever and sell the power to Singapore through a massive undersea cable.

Power is the critical issue of our time. And it’s good to see powerful business folks just trying to get on with it in the absence of any political will.

Some people have been asking, so I’ll just mention that my Facebook exit has been good. I dip in for work context, but I’ve mostly not dipped in at all. I’m spending a little more time on LinkedIn and I think I’ll do more of that because things there seem far more positive. I can definitely see a good routine in 2020 where my social media time is ‘well spent’ and not just ‘spent’.

Too Much Star Wars?

It's Not All Bad News

Australian billionaires back early funding for “world’s largest” solar project, and the 3000km cable that will link it to customers in Singapore.

Cannon-Brookes says $20bn solar project will be "lighthouse" to world

Good extra insight into the above idea. Great to see some leaders in this country.

FaZe is a fascinating esports / gaming streaming organisation. The only top ten esports org that doesn’t hold a franchise license in a big league. They just focus on building a deep sense of community with fans, and sell a lot of merch. And win tournaments now and then too.

But Some Of It Is

The Internet Dream Became a Nightmare. What Will Become of It Now?

In trying to foresee the future of an internet that’s already changing, the only certainty is complexity.

Cops put GPS tracker on man’s car, charge him with theft for removing it

Cops tracked the man’s car because they suspected he was dealing meth.

Disney+ 'hack' panic stresses why you need to use unique passwords

Disney+ accounts are already popping up on the Dark Web, driving home why you should be using unique passwords for every site and service.

I’m a big fan of Feedly. This looks like a great upgrade and I’ll happily throw another $99 at them to get some cool new features (I paid a $99 Pro Lifetime fee about six years ago and I’ve loved it ever since).

Any time you get Hawking concepts explained in cute animations is a good time.

The first new game from Valve in a LONG time. Not the Half-Life 3 many have wished for, but a deep VR experience in the Half-Life universe is something I’ll be fascinated to check out when it lands next year.

Incredibly detailed, this Formula 1 slot car track is a racing fan’s dream. It was commissioned by Formula 1 and built out of wood by…

Lord of the Rings Online executive producer: 'I hope this game keeps on going forever, and I'd happily haunt the server room after I die'

Nice look at the now 12-year-old LOTRO and its journey as one of the early MMOs to take on World of Warcraft and, not beat it, but actually just survive for the long haul. 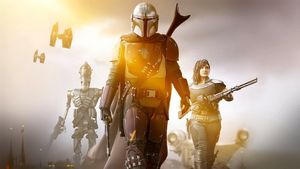 
Too much Star Wars?


Death Stranding aka The Postman 2 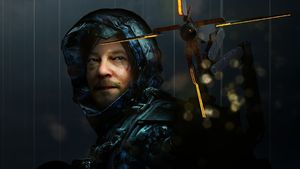