Nothing digital succeeds anymore without a big enough snowball to propel it forward.

It’s kind of obvious. But it underpins everything today, and a lot of this week’s stories. From Microsoft’s game streaming service Mixer wooing another big Twitch streamer to change platforms, to TikTok deepening its roots into school culture around the world, and even Google’s claim it has achieved Quantum Supremacy.

The world needs more systems to achieve more scale in the name of diversity – of voices, of services, of competition. But most people just want to know they’re using a thing that enough other people use too. That their product/service of choice is going to still be here next year because it’s annoying to set things up *just right* and then discover your thing is shutting down.

Honestly, this all hits close to home. I’d love to build Byteside to be something that is only just ‘big enough’ to succeed without needing to snowball ever onward. To curate interesting and insightful things in easily consumable ways, via newsletter, podcasts and socials, for just enough folks to make it sustainable.

Is that even possible anymore? Does everything take a big investor to just shove things in front of umpteen eyeballs in order to Katamari that snowball into existence through sheer force of financial power?

Word of mouth itself is harder to come by, because social platforms don’t necessarily let organic reach trump paid reach. For word of mouth to work, you either need to have built enough initial scale for it to be noticed, or you need to be loud/ rude/ obnoxious/ shocking enough to force people to notice.

The past ten years reset the bar for raw scale.

There’s a story before World of Warcraft launched about a team leader telling the team they were going to have one million subscribers, and they thought he was crazy. It seemed stratospheric compared to anything else at that time. That game cracked ten million a few years later and in the process it ruined the market for other massively multiplayer games – because even one million subscribers suddenly seemed like failure.

Facebook’s billions of users. Fortnite’s hundreds of millions. Scale has gone through the roof. And somehow if you’re not aiming to break the ceiling you’re already failing…

Hey, why not help me achieve a little more critical momentum? Share the newsletter or the podcast with anyone you think might get some value! *winky-face.gif*

Hey! Help the new podcast achieve critical mass! Another episode this week, with Nic Healey and I discussing Pixel 4, Sonos Move, Disney+ and Marvel stuff, and my admittedly far-too-annoyed feelings about number pads on gaming keyboards. Listen here, or subscribe through your favourite podcast apps or Spotify.

Putting a major news service on Tor is a big political move – an effort to make news available to those locked behind govt controlled network walls. Good on the Beeb for this one.

Can you make AI fairer than a judge? Play our courtroom algorithm game

The US criminal legal system uses predictive algorithms to try to make the judicial process less biased. But there’s a deeper problem.

In a world of so much hyperbole, it’s easy for this to slip past as yet another big thing folks will forget about in a few days. But this feels like one of those serious tipping points as compute power leaps forward for the next phase of the 21st Century.

Alexa and Google Home devices leveraged to phish and eavesdrop

Security researchers have done real world experiments to show that eavesdropping tools can be pushed into the wild.

Michael “Shroud” Grzesiek is the latest Twitch megastar to abandon the Amazon-owned streaming service in favor of Microsoft’s Mixer platform. Grzesiek made his announcement on Twitter.

Can you really be addicted to videogames? For some it's very real

When you consider all the societal and cultural factors that make today’s games so attractive, it’s important to see that the risks are real for vulnerable people.

Is the old adage still true: half your advertising spend is wasted, but you’ll never know which half?

Nice exploration that revisits some big issues in how content and audience works. In a new report, Penn State political scientists say that it’s not the recommendation engine, but the communities that form around right-wing content.

The algorithm still trends toward extremities, though. That’s a real problem.

High schools and TikTok in the USA

If you’ve been ignoring TikTok, stop ignoring TikTok. Teens love the app, and now it’s getting the stamp of approval with teacher-approved clubs. Did school just get … fun?

Putting these angles together with the above, this is so much more than just a social media phenom. 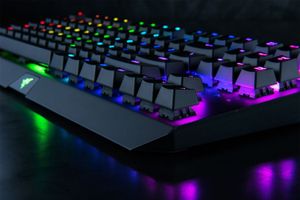