I’m going to stop writing ‘Byteside [issue #] in the subject headings from now on. But I’m adding the lightbulb emoji to kick off the subject line. Give it a little 'pop’ in the email list while adding some Subject uniformity without eating up valuable readable space. Make sense? I hope so.

I’m also going to swap the sender name to ‘Byteside’ and the reply address to ‘ask@byteside.com’. As I start aiming to grow the newsletter I figure it’s better to not come straight back to my main Byteside inbox.

I’m flagging these because it might also mean that next week the newsletter goes AWOL in your spam folder. These kinds of changes can do that - reset how email filters see it and flag it as a potential problem.

So please keep your eyes peeled!

I’m shifting back to Friday! As a recap of the week it feels fresher to hit Friday than Monday. So I’m going to test this idea through September and see how it feels. Anecdotally, people say Friday is a better day to read (I’ll target a lunchtime release), but maybe the stats will suggest people actually do more reading on a Monday when their eyeballs and brains are fresh.

THANKS AGAIN FOR BEING AN AWESOME BUNCH OF FEEDBACK FRIENDLY EARLY ADOPTERS!

ON WITH THE SHOW!

Why WoW Classic Is About More Than Nostalgia

People are queuing up in droves just to get a taste of World of Warcraft Classic. But its draw is more than nostalgia: It’s a longing for more meaningful human interaction.

AI SpaceFactory 3D-printed eco-retreat is based on plans and technologies intended for Mars mission inhabitants, but it’s in the woods of Upstate New York.

The popular video game provides the best environment for an AI to learn a wide range of tasks, the company’s researchers say.

Over the past 20 or so months, some of the biggest stars in the world have turned to something people do to get famous in the first place: vlogging. And they’re putting a more personal, approachable face on their otherwise perfectly polished Hollywood personas.

The digital ledger behind the supposed better version of Bitcoin is running out of capacity. This problem speaks to issues of blockchains as platforms to build other things on top of when the blockchain itself has limited space.

If all goes according to plan, future generations will be able to interact with departed relatives using mobile devices or virtual assistants such as Amazon’s Alexa, asking the deceased questions, eliciting stories and drawing upon a lifetime’s worth of advice long after their physical body is gone.

Dead Cells has been a revelation on Nintendo Switch and now it’s on your phones. Get it and have a ball.


A chat with Zac and Luke from 'I Speak Giant' 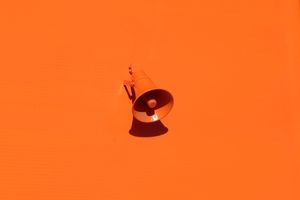