No themes are leaping out this week. It’s a mixed bag of interesting that, thankfully, has more nourishing discussions than bad news this week. Not that there’s no bad links…

I’m still looking for input on the tech parenting newsletter / podcast concept, so if you can spare a few minutes…

Read all the way to the end if you want a few silly and fun links - World Tag Championships included!

And keep the feedback coming. Do you like a few fun links? Do you like the serious stuff? Do you want more gadget coverage? Let me know what you like seeing in the mix. I really appreciate hearing what you’re getting out of this.

Ikea goes all in on smart home tech

Ikea announced that it will invest heavily in a new “Ikea Home smart” business unit with end-to-end responsibility for its burgeoning portfolio of smart devices. With access to 780 million shoppers who visit Ikea stores each year, the announcement also serves as a wake-up call to the smart home incumbents like Google and Amazon.

Jensen Huang interview: Why AI is the single most powerful force of our time

Nvidia CEO Jensen Huang proudly proclaimed on an analyst earnings call this week that AI is the “single most powerful force of our time.”

What3words: The app that can save your life

I’d seen this app a while ago. It has sliced the entire global into 3mx3m squares, each with a designated three word code. And it’s amazingly been helpful in ways GPS coordinates are not.

I’ve been to Katowice in Southern Poland for the Intel Extreme Masters there. It’s hard to get to, but that’s part of the mystique that helps make certain places become legendary. This piece helps show just how important esports has become in Katowice and other places a lot like it.

How an Online Mob Created a Playbook for a Culture War

This came up in last week’s discussions. Here’s a deeper look back – it’s been five years since Gamergate this week. If it had been taken seriously at the time the internet really might not have become as deep a cesspit as the one we’re fighting against today.

Starting next month, rightsholders are forbidden from manually claiming videos that use short or unintentional music fragments. A small win for fair use provisions on YouTube, but a step is a step.

We Asked Def Con Attendees Why People Are Still Getting Hacked

The cybersecurity industry is worth billions of dollars, and tens of thousands of people attend Black Hat and Def Con every year. So, are we getting any safer?

Nintendo has long ruled the world of premium, classic console re-releases, but Sega has finally introduced its own worthy entry into the market with the Sega Genesis Mini.

This is scary. And familiar.

YouTube built its business on keeping users hooked. This has been a gift to extremist groups. An investigation in the company’s second-biggest market found serious consequences.

In February, Google did us lazy bums a favour by adding a Password Checkup extension for Chrome. The stats around what it has found since are pretty eye opening.

Automattic CEO Matt Mullenweg on what’s next for Tumblr

I’m a big fan of Matt Mullenweg. I interviewed him over a decade ago when Wordpress was still trying to wrest blog CMS dominance from the likes of Moveable Type and other old school platforms. He’s a clear thinker and I think Automattic’s purchase of Tumblr will be good for the platform’s future.

Glad to see the early reviews of the Sega Genesis Mini are looking very positive!

Never heard of Roblox? The kids are into it. It’s now bigger than Minecraft, and is used as a development platform by many users to make mini games – and make money doing it.

The Seven Best Chases From The World Chase Tag 3 Championships

This system adds physical effects back into your photography. Fun and clever, and a reminder that sometimes weird old tricks are better than Photoshop. 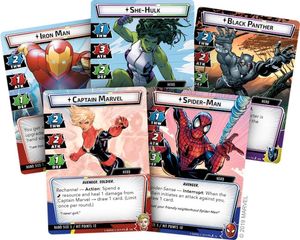 
GenCon 2019 round up with our man on the scene


Should I do a tech parenting newsletter too?