Should I do a tech parenting newsletter too?

Games don’t cause gun violence. It’s old news. It’s not a statement worthy of rebuttal. In one of the many debates of this topic over the years - back when the games industry was arguing to get R18+ ratings for games in Australia - one expert pointed out that playing games is now so pervasive it would be like saying that shoes were a cause of gun violence.

But there are big problems lurking within the gaming community online. Dark attitudes, open hostility to all who aren’t white straight males. #NotAllGamers, of course. But there’s a lot of it out there, and when people think it’s a joke to phone police to report an incident at someone’s house in order to have armed forces arrive ready to shoot them? When it happens often enough that it gets a name (swatting)? There’s deep problems in the community.

Many of these gamers ask to be taken seriously while acting like juvenile delinquents on a regular basis. It’s a mess.

For those who weren’t aware, there’s a pretty straight line from Gamergate fiasco five years ago to the Trump presidency. Mostly through the work of Steve Bannon and Milo Yiannopoulos.

The big tip for parents - worry less about which games your kids are playing and more about the people they’re playing with online and the communities they’re associating with on the web. That’s where toxic attitudes are normalised.

Don’t hate the games, hate some of the players.

A newsletter and/or podcast specifically for parents?

I was talking to a researcher for a TV show last week and for the fiftieth time in recent years I was told I should do something to keep parents up to date with the latest discussions around tech, games, social media, and all that jazz. How to keep up, latest thinking on how to balance screens and offline, etc.

So I’m asking you - what do you think? Would you want something like that? I do some of it here, but perhaps a fortnightly newsletter exclusively focused on parenting kids and teens in a tech-centric world would be helpful to folks?

FILL OUT MY SURVEY ON THE IDEA HERE!

I’m concerned not enough people would actually use it and I’d be wasting effort trying to do it. I’ve argued in the past, in rather jaded fashion, that a lot of parents like to perform the act of being worried but don’t want to do the work of helping educate their kids on healthy screen and social media habits.

Also ramping up: direct writing at byteside.com. Here’s the latest!

Do we have coordinates for the first hidden Battle Star of Fortnite Season X?

Magic the Gathering update with 7LandHand

Why I wrote the above...

This is pretty much what triggered the above discussion. Off the back of the gun violence last week, as gaming pundits defended games once again, something like this happens.

People have been killed in swattings. People have gone to jail for doing this. But still a lot of people think it’s pretty funny because all it takes is a phone call. It feels like the kind of teen prank that is so easy to think is funny if you’ve surrounded yourself with toxic idiots online. Then suddenly you find yourself arrested because you got someone killed. Game over.

Brianna Wu was a target during the Gamergate days. She’s also a game developer. This piece is a really insightful piece that helps elucidate the complex issues in online gaming communities.

Twitch Studio: “Going Live” Is Getting A Whole Lot Easier

Twitch is releasing its own streaming software to help first time streamers dive in and have some fun. A good initiative for lowering the barrier to entry.

Sonos is making a Bluetooth speaker, and here are some of its features

One of two devices recently filed by Sonos with the FCC is a battery-powered portable speaker. The company describes it as a “high-performance” addition to its product lineup.

As a long-time Sonos fan, I’m excited! Having a Sonos I can move around the house or take on the road feels like the best of both worlds.

Navy Reverting to Physical Throttles, After Touchscreen Controls Contribute to a Deadly Collision

Touchscreens are lovely for casual interfaces, but for serious life-or-death control systems? I find it annoying enough that many controls in my car are now on a touchscreen. Give me buttons I can reach for in the dark without looking!

DeepMind’s AI has beaten chess grandmasters and Go champions. But founder and CEO Demis Hassabis now has his sights set on bigger, real-world problems that could change lives. First up: protein folding

With each news cycle, the false-information system grows more efficient.

Samsung has upgraded DeX for the Note 10 to introduce compatibility with Windows and Mac computers, letting you put your phone screen on your laptop’s display.

Samsung’s latest iteration of the S Pen stylus has a new trick: it can be used to perform air gestures, effectively turning it into a Bluetooth wand.

Samsung is bringing PC game streaming to the Note 10

One of the more interesting news tidbits from yesterday’s Unpacked event got a bit drowned out in all of the noise.

Samsung is bringing laptops back to Australia

It’s been ages since Samsung had a laptop in the Australian market. But the new Book S is coming - it has enough power for your average user and a battery that claims to last 23 hours.

One more reminder: helping with this survey would be amazing. Thank you. 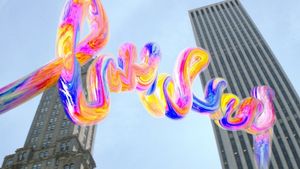