I’ve spent my week putting a lot of work into getting my new office whipped into shape. Thanks to the amazing organisational and IKEA skills of my wife, Sally, things now have homes and there’s space on desks to get serious work done.

That also meant a short podbreak. But all shows are back this week!

Click through and just tell us what your own game table means to you. Great D&D prizes to celebrate the launch of The Game Table podcast.

Murdoch Jr is throwing some post Fox money (he left after the Disney deal) at a new entertainment company that is building VR entertainment venues in 11 cities around the world (so far).

Shopify and the Power of Platforms

Interesting piece looking at how Shopify might become a true Amazon competitor with the addition of a new fulfillment network to its easy-to-use e-commerce offering to merchants.

It’s had problems in this area for a long time, and this program could move a lot faster if Amazon was willing to upset a few apple carts to push this, but it’s still interesting to see how the company approaches this problem. QR-codes are added to items sold that can be scanned by buyers to verify items are legit.

The Women Who Win Hundreds of Sweepstakes Per Year

There’s plenty of Reddits and forums out there where people help each other find and enter competitions. But this story shows just how hardcore the ‘sweeper’ trend has been getting. And good tips for entering comps too! (Don’t forget: Enter mine here!)

Mastodon is a decentralized social network designed to be accessible to anyone. It’s now dealing with the migration of Gab, a social network known for far-right extremism.

An American story but remember we have no bill of rights at all in Australia. So we have less protection from surveillance than they do! When the tools are becoming so cheap and easy, we need a serious conversation about personal and community rights.

A crazy US story, but wow… the Florida motor vehicle authority is selling data to private companies. Making millions doing it. No opt-out. What an insane thing.

Reminds me of an important adage for a lot of privacy, security and corruption debates today. When we find out what they’re doing is LEGAL, that should be considered an even bigger problem!

What The Kids Are Up To

The Biggest Star at VidCon 2019 Is TikTok

This is the event where the big stars of social and video networks hang with fans and do serious business. Seeing TikTok be the party everyone wanted to be at is a big shift in the culture.

Most Adults Have Never Heard of TikTok. That's By Design.

What’s TikTok? Here’s a little help. Maybe you’ve heard of musical.ly? This is the evolution of that.

Pre-emptively suggesting someone might want to reconsider the tone of the comment their about to leave is a pretty interesting concept. And being able to restrict people from leaving comments on your posts is also helpful. But there’s a long way to go.

Instead of worrying that emoji is replacing competent language use, we can celebrate that emoji are creating a richer form of online communication that returns the features of gesture to language.

The gorgeous Cuphead is getting its own hand-drawn Netflix series

The utterly delicious (and difficult) Cuphead was inspired by the oldest school cartoons, so it’s wonderful to see the game turn the tables and get its own animated series that holds true to its ideals of hand-drawn artistry. Great news. 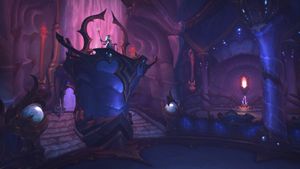 
Whose Race Is It Anyway?