Testing a Monday push. Let me know if you think Friday is best fit, or whether a Monday missive might give you a different vibe at the start of the week?

Thanks everyone for the feedback to date. Really helpful!

Best of the Week

A fantastic discussion of everything that is wrong with how we define ‘privacy’ today, and why we should be talking less about the protection of our data and more about why it is being collected and stored in the first place. The idea of ‘ambient privacy’ is a powerful one, and well explored here. One great quote:

“… the giant tech companies can make a credible claim to be the defenders of privacy, just like a dragon can truthfully boast that it is good at protecting its hoard of gold. Nobody spends more money securing user data, or does it more effectively, than Facebook and Google.”

Fans Are Better Than Tech at Organizing Information Online

An interesting look at how a fan fiction site is doing a far better job of cataloging and tagging work than an AI system by using ‘tag wranglers’ behind the scenes to massage the system to reach an ideal balance.

Encourage Young Girls To 'Do' Science Rather Than 'Be' Scientists

Some nice thoughts on how to encourage science as a practical way of thinking and less about being a separate group of people you need to ‘join’.

I love seeing assumptions challenged about what a business is and what it’s best at. The idea that everyone’s beloved meatballs are actually now one of the world’s biggest food chains is just that. And apparently in Europe they’re exploring food delivery!

What may have been intended as an assurance that you’re safe thanks to pre-installed virus software was a reminder that, like the Raspberry Pi above, your Smart TV could actually be hacked because it’s yet another computer in the home - and it’s harder to patch and manage than most devices.

NASA hacked because of unauthorized Raspberry Pi connected to its network

A good example of knowing what is on your network and not leaving things just sitting around waiting for hackers to take over your systems. Even a humble Raspberry Pi can be put to nefarious use if someone forgets to look after it.

Wonderful project. A real-time interactive journey through the Apollo 11 mission. Somehow listening to comms and seeing images presented as a real-time exercise instead of as a compressed documentary makes it feel more alive. Relive every moment as it occurred in 1969 now we’re just weeks away from the 50th anniversary. You can dip into a running ‘real-time’ (when I did I overheard Aldrin making a comment about Mission Control’s taste in music) or kick off a new mission start of your own.

While mirrorless cameras accelerate into the future, medium format models are hearkening unto the past — and Hasselblad chief among them. Its new digital back fits lenses going back to the ‘50s, and the tiny 907X camera body is about as lovely a throwback as one can imagine.

"Harry Potter: Wizards Unite" is a glimpse into the future of augmented reality

The new game from the makers of “Pokémon Go” takes us to the Harry Potter universe, and upgrades the AR experiences in a big way. If you want to grasp where Augmented Reality is going in the real world, it’s worth taking a look.

The Game Table: Jerry Holkins & Jeremy Crawford on Acquisitions Inc and the magic of D&D

First episode of the new show, all about tabletop gaming. We kick things off with an interview with Penny Arcade’s Jerry ‘Tycho’ Holkins and Jeremy Crawford, Lead Rules Designer on Dungeons & Dragons. We talk about the resurgence of D&D and the decade of the Acquisitions Inc live play game that has helped to pave the way for the growth of the game in recent years.

A big rundown on all the Blizzard news from recent weeks to get up to speed with what’s happening.

I discuss the push by Apple to make privacy more than a feature, but an actual service they offer. The arrival of Sign In with Apple and other efforts to both lower the amount of data that could be tracked by developers and also to encourage developers to minimise data retention is a big push for our right to privacy. 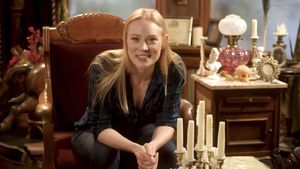 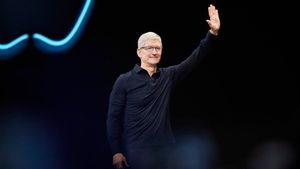