Ever heard of 'Fishwrap'?

Preamble be damned this week. Enjoy the links!

OK, one quick thing… please let me know what you’re thinking of the newsletter so far. I appreciate all feedback, even if there’s stuff you don’t like. It all helps refine what I’m sharing.

Fundamentally, if I think it’s interesting, I want to share it. That’s the driving idea behind what I’m doing here. I read a lot of news every week and enjoy the idea of curating what jumped out at me beyond the biggest headlines of the week.

So keep the feedback coming. Cheers.

Mary Meeker’s most important trends on the internet

The one slide deck Silicon Valley craves. The annual report covers so many key trends in all things digital – mobile, cloud, devices, entertainment, engagement… always worth a look and this article covers many key trends quickly. 51% of the world is now online. The first time we’ve passed that halfway mark.

Good piece from journalism academic Jeff Jarvis on the clash between news organisations and Google, with specific reference to the recent claim that Google makes $4.7B/year off the work of news organisations (he says that’s a rubbish made up number).

This gets worse by the week. I was on ABC News this week talking about the latest ‘art projects’ playing with these ideas. The tools are so easy, and the fakery getting so good, it will get harder to know what is real footage anymore. And get easier for people actually caught saying or doing something they shouldn’t to keep claiming ‘fake news’…

If there wasn’t enough actual terrorism being covered by the nightly news, now there’s efforts to recycle old acts of terrorism and make it look like something new – gotta keep those divisive messages as fresh and as polarising as possible.

That thing we all fear Facebook is doing was actually being done by Spain’s football league! Using fans to snitch on bars illegally screening games is just so specific an invasion of privacy. And the fine of €250,000 feels somewhat underwhelming.

How a Google Cloud Catch-22 Broke the Internet

A Google Cloud outage that knocked huge portions of the internet offline also blocked access to the tools Google needed to fix it. That’s… quite the design flaw…

How To Fix Corroded Battery Compartments

Very useful tip! Don’t just throw it away. You can actually clean it up and get things working again.

Another great Lifehacker link I saw this week. The value of “Yes and…” as a parent cannot be understated. Some genuinely insightful tips from expert improv comedians on how they bring those skills to parenting.

I’ve been looking at a lot of ‘democratised’ programming tools lately and this is another one. Great programming can be like poetry, but code shouldn’t be a critical roadblock to bringing clever ideas to life.

A nice exploration of the first ‘big’ massively multiplayer online game. It had a failed sequel attempt, but the original is still out there with a dedicated community. It was designed for dial up, but here it is in the broadband era still giving its fans what they want. 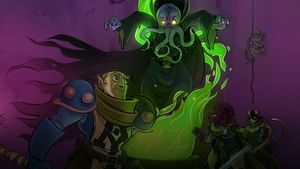 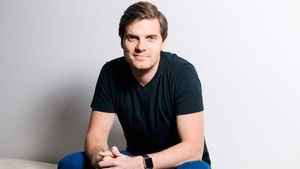